The UN campaign targeting violence against women runs until December 10. 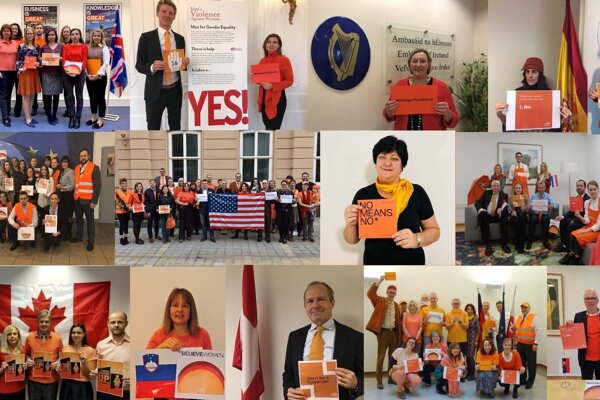 The United Nations launched its Orange the World: Generation Equality Stands against Rape! campaign on November 25, which is the International Day for the Elimination of Violence against Women.

A total of 12 embassies in Slovakia alongside Slovakia’s Ombudswoman Mária Patakyová have also supported the global initiative and condemned any form of violence against women on social media.

“The scale of the problem is alarming: One in three women in Europe has experienced physical and/or sexual violence,” said the European Commission (EC) and High Representative Federica Mogherini, as quoted in the press release. The EC and its representations supported the initiative, too.