Three months before elections, a poll shows the opposition parties prevail over the ruling coalition and far-right. 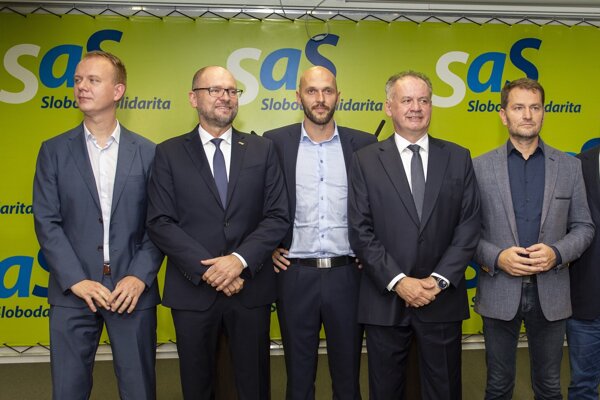 Five opposition parties, which pondered joining forces ahead of the 2020 elections but eventually decided to go their own ways, would win a fragile majority of parliamentary seats.

The AKO poll from late November suggests Za Ľudí, PS-Spolu, the Christian Democratic Movement (KDH), Ordinary People and Independent Personalities (OĽaNO), and Freedom and Solidarity (SaS) would garner 77 out of 150 seats, one seat more than the AKO poll from October.

The major ruling party Smer is still on top in the poll with 18.4 percent, which is 1.7 percent less than the party’s result in the October survey by AKO.

Ex-President Andrej Kiska’s party Za ľudí came second in the latest poll with 12.5 percent. The party has been gradually growing in popularity: the AKO agency polled Za ľudí at 8.8 percent in August and 12 percent in October.

Read more articles by the topic
This article is also related to other trending topics: Koalícia PS SPOLU