Smer massively reshuffles its slate after the Kuciak murder 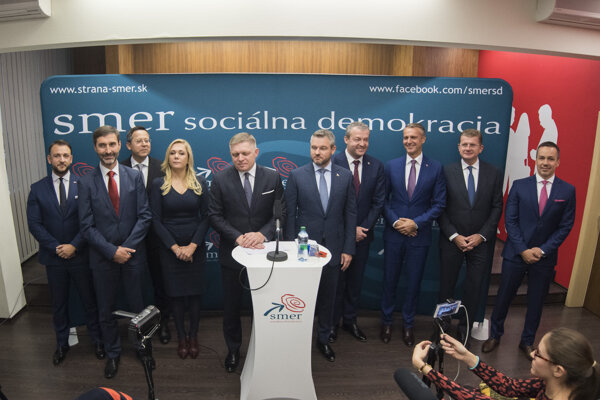 The election slate of the senior ruling party Smer for the upcoming general election is much different than in 2016.

“Peter, I'll keep my fingers crossed for you, you keep yours crossed for me,” Smer chair Robert Fico told PM Peter Pellegrini, as quoted by the Denník N daily, when unveiling the slate on November 27. “We will have each other’s back; there is no other way.”

Number one on the slate is Pellegrini, which has been expected for some time. Fico even e-mailed his decision on Smer’s electoral leader to the media at the end of September. The Smer chair will be number two.

“If the different look of the slate helps Smer, I fully support it,” Fico said back in September, as quoted by the TASR newswire.

Today, Smer’s slate has been reshuffled to a large extent: Only four names from the 2016 slate remain on the 2020 one.

Glváč not on the slate

“We did not go by the principle – a chair, vice-chairs, regional chairs – but decided instead for a serious change,” Fico said, as quoted by the Sme daily.

For example, ex-interior minister Robert Kaliňák, who stepped down after the murder of journalist Ján Kuciak and his fiancée Martina Kušnírová in 2018, is not featured in the first 20 places on the slate. In 2016, he was the party’s number two.