Thousands of teachers' criminal records to be checked in Slovakia

The new system aims to stop sexual abuse in schools. 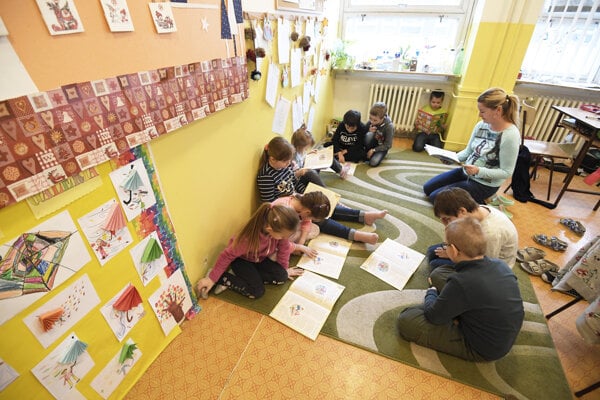 A Bratislava teacher who, the police say, sexually abused an 11-year-old boy, will go to court. Charges for sexual abuse, production of child pornography and threatening the moral upbringing of a youth have been filed against him.

Although he had been punished for a similar offence twenty years ago, he still managed to again find employment in a school.

Teacher Peter faces seven to twelve years in prison; he is in custody today. The main trial has been scheduled for December 11.

The police claim the teacher misused his teaching position and took advantage of the social background of the boy's family. He befriended the boy and his mother, bought various school supplies and clothes for him and paid for him to go on trips.

When the teacher gained the trust of the family, the boy’s mother let her son sleep at his house, the police said in the summer.

The teacher then went on to abuse the boy in meetings from December 2017, the police added. He touched the 11-year-old boy and photographed him naked.

Until recently, upon taking up a teaching job, teachers have had to submit a basic criminal history record certificate (výpis z registra trestov). This document lists only current convictions. That is why the school where the accused Bratislava teacher taught were not aware of his previous punishment.