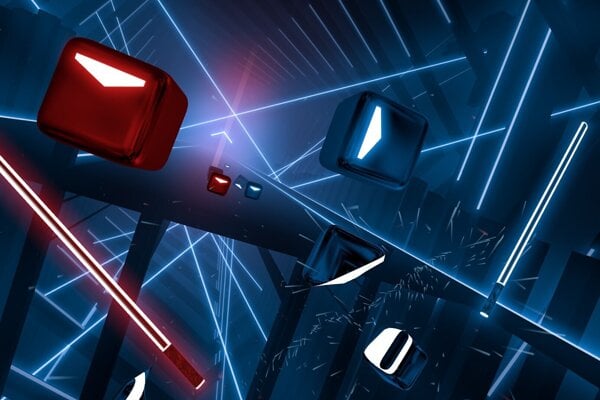 The startup is behind a global virtual game success Beat Saber, which was designed by Slovak natives Ján Ilavský and Vladimír Hrinčár in cooperation with Czech Jaroslav Beck.

“We are thrilled to join forces to see where this talented team takes VR gaming in the future,” Mike Verdu, Director of Content at Oculus, wrote in a blog post on November 26.

Beat Games, formerly known as Hyperbolic Magnetism, has joined Facebook’s Oculus Studios but will operate independently in the Czech Republic. This suggests Beat Saber will go on being present across all supported platforms but with more support from Facebook.

Ilavský, initially on his own, began to work on the virtual reality game Beat Saber three years ago. It entered the game market in May 2018, selling for USD20. In the first month, Beat Saber earned USD2 million, as reported by Forbes Slovakia.

The principle of the game is as follows: A player holds two virtual swords in his hands and uses them to cut the dice, which gradually fly towards them to the rhythm of the music.

It remains one of the best rated and best selling virtual games in the world, with revenues as high as €20 million, Forbes Slovakia wrote.

“Beat Saber started as a small indie project and I never expected any of the crazy things that have happened during the past year,” Ilavský wrote on Facebook in reaction to the acquisition by Facebook.

The cost of the acquisition has not been unveiled.