The Christmas illuminations of the palace will be more subtle. 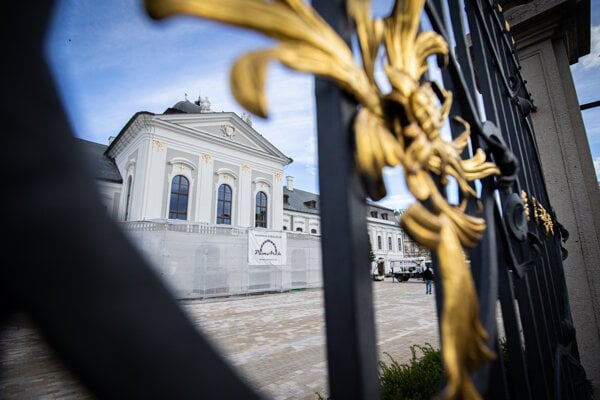 After two months of repairs the Presidential Palace has shed its scaffolding, unveiling a new look for this edifice that dates from the 18th century. Its façade is now lighter in colour as the aim of the reconstruction was to bring it closer in looks to other such buildings of the 18th century. In contrast to its previous appearance, white is now the dominant colour with grey filling in the smaller fields. Part of the work, which came with a price tag of €1.2 million, was the installation of lighting directly into the façade, the Sme daily wrote.

“One idea is that during state holidays the palace could be lit in the colours of the tricolour [ed. note: red, white and blue],” said Martin Strižinec, spokesperson for President Zuzana Čaputová.

For the time being people can see the façade lit by changing colours; from red, via orange, yellow, green to blue. Strižinec explained that these are just tests and that the palace would be not normally be illuminated in this way.

“The programming phase for the lighting cannot take place while the system is off,” said Strižinec. “This is why it is possible to see the palace illuminated in various sequences and in various colours. But this is not definitive.”

The new lighting means that lighting chains that have previously contoured the palace during Christmas, introduced during the presidential term of Rudolf Schuster, will not return. Preservation experts, as well as others, objected to this kind of illumination. 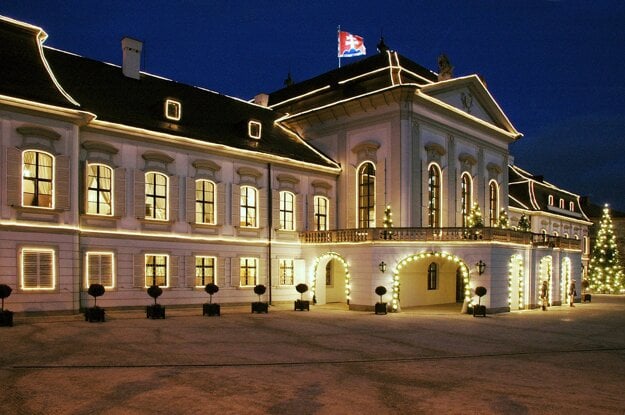 The Christmas illumination of the Presidentian Palace during the term of Rudolf Schuster. (Source: TASR)

The palace, which bears the name of count Antal Grassalkovich, was last restored in 1996 when it became the seat of the Slovak president, but it had already begun to deteriorate so preparations for the repairs started before Čaputová took office in mid-June 2019.