Former PM Mečiar will not run in the 2020 elections 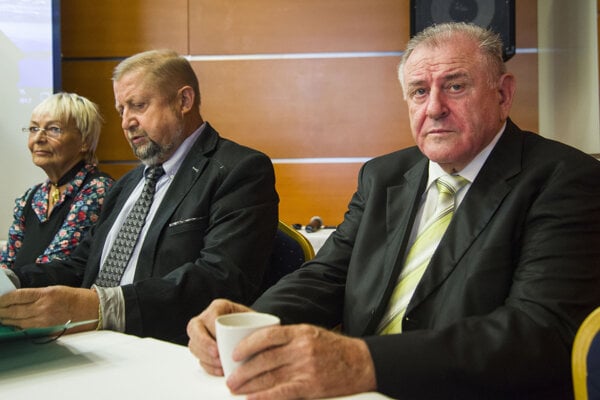 Slovakia's former PM Vladimír Mečiar (right) will not run in the 2020 elections. In the picture, he sits next to former Supreme Court judge Štefan Harabin during a conference in September 2017 in Bratislava (Source: TASR)
Font size:A-|A+1

Former prime minister Vladimír Mečiar, who sat in a PM chair three times in the nineties, has changed his decision and will not run in the parliamentary elections next year, the SITA newswire reported. 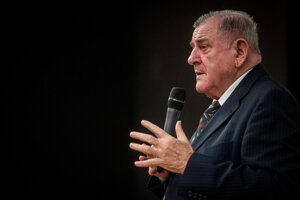 Related articleMečiar is back, joining an existing party Read more

Mečiar first said he was starting a political party in August this year. At the end of October he said he was going to run on Slovenská Liga's (Slovak League) slate. The party was founded by Mečiar's long-time colleague Tibor Cabaj.

However, the former PM withdrew his name at the last minute – on November 29 - when the party was to submit its list of candidates for the 2020 elections.