The Justice Ministry is now going through several case files. 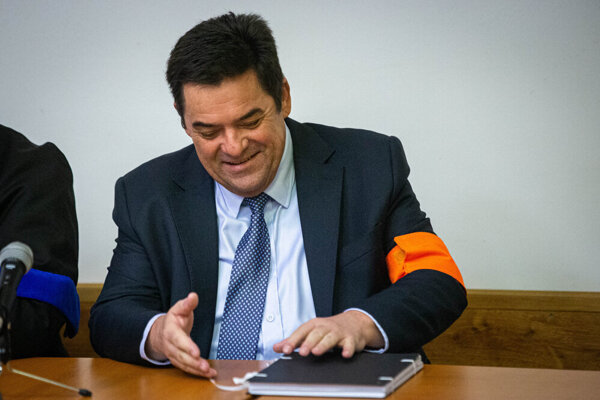 Marian Kočner repeatedly tried to find a way to take control of the electronic system responsible for the random allocation of judges. He wanted to avoid the system to make sure his cases would go well for him, the Sme daily reported.

So much results from the texts he has exchanged via the Threema application with former deputy chair of the Bratislava district court, Judge Vladimír Sklenka. They talked about three possibilities on how to interfere with the system: using malware, manipulation of the Business Registry, and the selection of judges by Sklenka.

Related articleJankovská had judges on call for Kočner Read more

“The chance to predict to whom a next case is assigned is very small, impossible indeed, given the constantly changing work schedule,” Justice Ministry spokesperson Zuzana Drobová told Sme.

The Justice Ministry is now preparing a disciplinary action against Sklenka and some other judges whose names appeared in the Threema texts. It is also checking case files that were assigned to Threema as well as non-Threema judges.

“It is not just about Marian Kočner,” Justice Minister Gábor Gál (Most-Híd) said, as quoted by the TASR newswire. He added similar links often exist in other of Slovakia's regions.