Employers see the steep increase in minimum wage as risky. 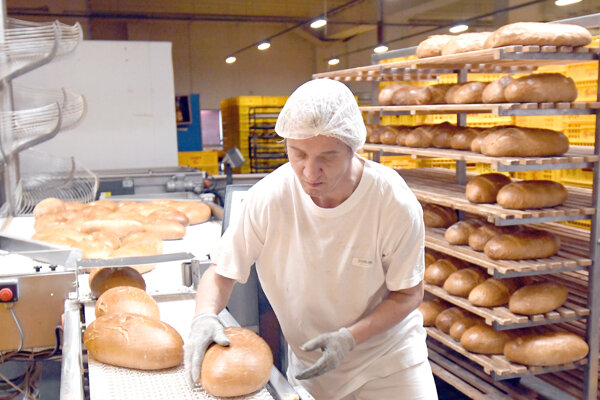 The dropping unemployment rate continues to be the cause of grey hairs for employers. The fight for qualified workers is pushing up salaries, pushing companies to come up with various strategies to maintain staffers.

Yet, the signs that the economy will grow at a slower pace suggest that this may change soon, affecting both salary hikes and the employment rate, observers say.

“Slovakia’s labour market is in good shape,” Alexej Dobroľubov of the Employment Institute told The Slovak Spectator. He does not expect the predicted drop in economic growth to have a significant impact on the labour market.

Representatives of employers, who have been critical towards the recent labour market policies applied by the government (the surcharges for night, holiday and weekend work and a big hike in the minimum wage passed in October) met with PM Peter Pellegrini, who promised to draft measures to help businesses in times of slower economic growth.

Soon after the meeting, the Economy Ministry introduced an action plan comprised of 42 measures to support the business sector and Slovak industry. The most detailed proposals revolve around the minimum wage and changes to surcharges, others introduce a flexible working time, and a digital tax.

“The problem is that their implementation is planned for the next year or the year after, which is very late,” he said.

In the second quarter of 2019, the growth of Slovakia’s economy slowed down to 1.9 percent year-on-year, the slowest annual growth since the second recession wave within the eurozone in 2013. To compare, in the first quarter of the year, the GDP rose by 3.7 percent y-o-y, the Statistics Office data shows.

The National Bank of Slovakia (NBS), the country’s central bank, eventually echoed the predictions of analysts, confirming in late September that economic growth may decelerate down to 2.5 percent in 2019, and to 2.4 percent the following year.