Abortion restrictions get red-light for now

Parliament rejected the SNS' draft amendment, the latest of a number of recent attempts to restrict access to abortion. 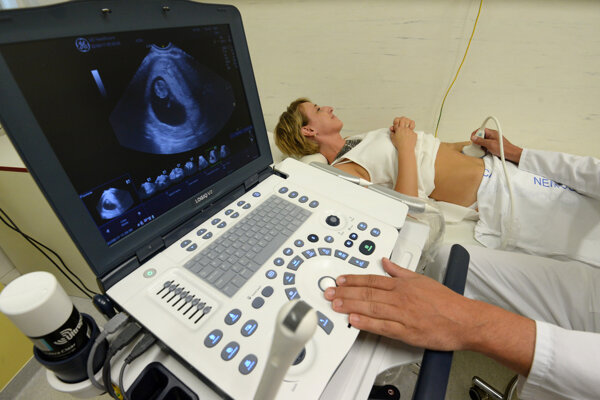 Abortion legislation remains unchanged for now, after Slovakia's parliament voted out another proposal aimed to introduce a set of rules that would complicate the process of getting an abortion.

Abortion legislation has been the target of a number of draft amendments recently, most of them provoking heated debate amongst the public. A major pro-life march coincided with the dates when parliament debated the laws in September. Women's rights organisations have repeatedly called on politicians not to abuse the topic when campaigning.

Abortion is legal until the 12th week of pregnancy.

In the case of serious medical reasons that threaten the woman’s life, it can be done regardless of the duration of the pregnancy.

Abortions can only be performed in a certified professional facility.

If a girl younger than 16 asks for an abortion, the consent of her legal representative is necessary.

The current law was passed under the previous totalitarian regime and has been valid in Slovakia ever since. Most mainstream political parties consider the status quo satisfactory. The number of abortions has been dropping in Slovakia; it stood at some 6,000 in 2018.

Parliament has so far refrained from changing the law, most recently in September, when it turned down four proposals aimed at making abortion less accessible.

The ruling Slovak National Party (SNS) then came up with its own draft amendment in early October, which the parliament has now rejected.

The abortion debate in Slovakia also caught the attention of international human rights organisations ahead of the vote.