Observe the confluence of the quiet and slow Morava and the swift and wild Danube or wander around places similar to the Grand Canyon. 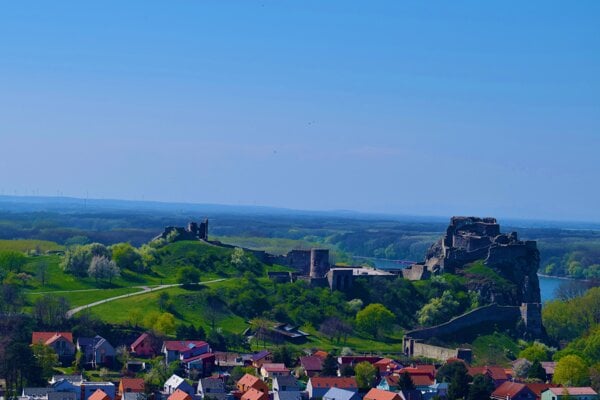 7,000 runners, some dressed in the Slovak national costume, some with fire-extinguishers, joined him.

It was organised for the first time in 1921, for 37 runners. If the racing hadn't been interrupted, it would have celebrated its centenary in 2021.

There is no older organised athletic race in the world, save for the Boston Marathon.

And this race starts under the oldest Slovak castle, the Devín Castle.

A breath of history

It's a place where the Alps extend an arm to the Carpathians, already colonised in the Neolithic Age, where mysterious Celtic tribes settled and built their oppidum, near rivers full of fish, under the forests full of animals.

A former suburb of the legendary Roman camp and settlement of Carnuntum, it became a part of the Roman fortification system, Limes Romanus.

According to a Frankish king, it was named Dowina, where the Great Moravian Duke Rastislav ruled fearlessly. It is also a place in which a fearful Napoleon fired into the air. 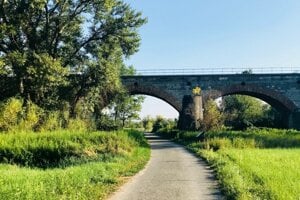 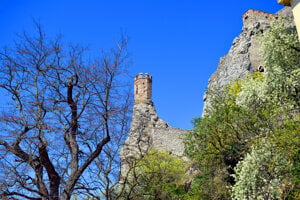 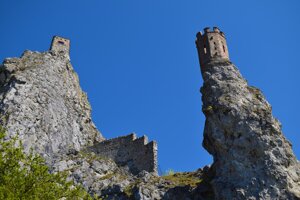 Around Devín, Sandberg and the Morava River (9 photos)

Through the gate, passing the Great Moravian church, you will reach the courtyard with a 55m deep well, dug by the prominent aristocratic family from Croatia, the Lords of Gara. If you peek in and pour water into it with a metal cup, the echo of falling drops could be answered by a dragon's bellow, which according to a legend was killed by the brave Knight Slavoboj.

You will continue to the castle walls to observe the confluence of the quiet and slow Morava, and the swift and wild Danube. You will see the slim Virgin Tower, from which the young bride Margaret jumped into the Danube out of sorrow, after her fiancé Knight Mikuláš was killed.

After putting your hiking boots on, you can wander through the sunlit forest, where a sea of flowering bear garlic will carpet your way until you reach Devínska Kobyla mountain, the highest peak of Bratislava at a height of 525m. Sandberg, one of the most important paleontological localities in Slovakia, will await you. This marvel was created 14 to 16 million years ago in the Tertiary Sea with horizontally deposited layers, similar to the Grand Canyon or Steven Spielberg's Lost World.

Under it, you can cycle through the alluvial forests surrounding the Iron Curtain Cycling Trail, the longest EuroVelo route, which retraces the “Iron Curtain”. For almost half a century it forcibly divided East from West, stretching from the Barents to the Black Sea with a length of more than 9,950 km.

Along the calm Morava, the trail twists through never-ending green meadows, where crickets give a concert and flowers bloom; where snakes sluggishly cross your path and frogs jump in front of you; where a stork's nestlings peep down curiously; where fish leap from the water and around the yellow waterlilies, swans date.

You will pass bunkers, the sophisticated defence system from the period of the first Czechoslovakia, and above you, woodpeckers will decode the Morse alphabet.

Through the Dolný and Horný les forests, the jungles in miniature, full of twisted trees entangled with lush ferns, you will search in vain for a glimpse of Tarzan adoring Jane from afar. You will continue between the long grasses of a dreary moor and think you've been transported to the bayou of Louisiana. You will reach a place where three countries meet, all of which used to be part of one empire for almost a thousand years.

And there you will board canoes and paddle down the Morava. The lazy stream will carry you as you admire the sunset above the fishing-nets and majestic Schloss Hof Castle, where empress Maria Theresa spent summers riding horses.

After this scenic adventure, you will return to under the Devín Castle.

A place that has everything

While tasting the local currant wine, you will think of 20-year-old romantic hipsters, followers of Ľudovít Štúr, the leader of the Slovak national revival in the 19th century, who on this place promised their faith to Slovakia.

If we had to choose and recommend only one place in Bratislava, it would be Devín Castle.

It has the power of Great Moravia; it has the persistence of runners.

It has the harmony of peaceful waters and the wisdom of nature.