Belgian media outlets give detailed description of a 2018 incident in which a Slovak citizen died. 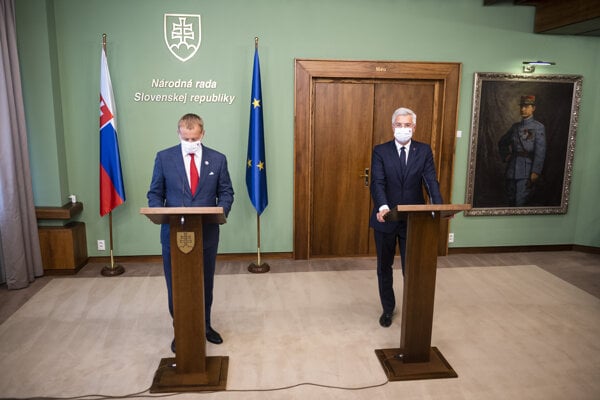 One police officer is giving a Nazi salute, while the others are laughing and standing on a man’s chest. The pictures from what has been labelled as an inappropriate police intervention were published in several Belgian media outlets in mid-August.

The man who died shortly after the incident was a Slovak, 39-year-old Jozef Chovanec. His family has been saying he fell victim to police violence.

The incident happened in 2018, but the case has caught the attention of Belgian media and has even been discussed in the Belgian parliament recently, after the local media published an extensive report on the case.

“We will tell him what the parliament demands, together with the request of the president and the Slovak government to end the investigation as soon as possible and bring the culprits to court,” Korčok said, as quoted by the TASR newswire.

Korčok met with Ghislain D'Hoop, the Belgian ambassador residing in Vienna, on September 3, presenting him the requests from the declaration.

How the incident happened

Jozef Chovanec was detained on February 23, 2018 at Charleroi airport after he got into a fight with police officers. The police later described that he was escorted from the plane after he acted violently and the pilot refused to take off.

Earlier media reports suggested that he injured himself in detention. The police officers described how they had tried to calm the man after he had been banging his head on the wall and started bleeding.

After this intervention, Chovanec suffered a heart attack and was transported to a hospital, where he died after several days in a coma.