Mayor says that the trail to the castle and the way to Skalka lookout point are among the two main routes of local tourism. 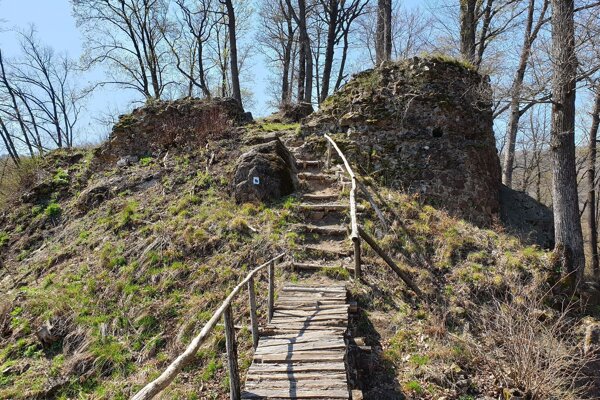 Old Jelšava Castle will offer tourists an easy hike, the learning of some history and a quiet view of Jelšava town.

The castle was first mentioned in the 15th century, but it is assumed that it was built in the second half of the 14th century, said director of Town Museum Jelšava, Tatiana Strelková.

“It was built in two phases and its most significant owner was one of the most powerful men of the Hungarian Kingdom in those times: Leustach from Jelšava, of the Ratold House,” the director said, as quoted by the TASR newswire.

She added that the importance of the house was linked to mining of iron ore and Leustach became the palatine after 1392, so the second most important man after the king.