UPDATED: The second mass testing is coming. Who will need a new certificate?

We have added the list of testing sites available in green districts this weekend. 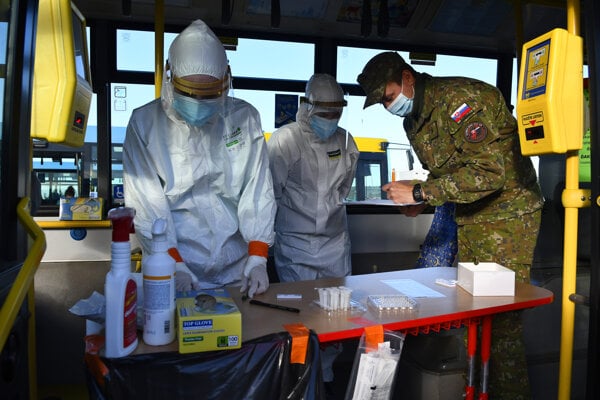 The second round of the nationwide testing will take place on November 7 and 8 in the districts where more than 0.7 percent of people tested positive in the first round.

The testing in these districts will look similar to the first round. The testing times have been shortened, though. Testing sites will be open between 8:00 and 20:00 both Saturday and Sunday.

There should be 2,993 testing teams who will move between 3,000 testing locations, Defence Minister Jaroslav Naď (OĽaNO) said.

The testing will not take place in 25 districts, mostly in the south of Slovakia (except for Dunajská Streda), and the cities of Bratislava and Košice.

Moreover, a school holiday has been announced for all of Slovakia on November 6 (Friday) and November 9 (Monday).

Who should take part in the second round

The second round of testing has been organised only in those districts where the first round found a prevalence of COVID-positive persons of at least 0.7 percent.

People who have not been tested in the first round are required to remain in home isolation for 10 days.

Travelling between green and red districts 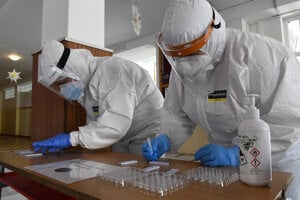 Related article UPDATED: Bratislava and Košice will be exempt from second round of testing Read more

Without a new test from November 7 or November 8, they will not be permitted to move around the red districts.

For example: If a person from a district in Bratislava wants to travel to the Dunajská Streda district anytime between November 9 and 15, they will have to attend the second round of the nationwide testing with antigen tests, or have a negative PCR test result (for green districts and the test should have been carried out between October 29 and November 8).

People from green districts who do not plan to travel to red districts are not advised to get tested in the second round, according to Naď.

The cabinet meanwhile agreed at its November 4 session that the curfew will last until Saturday, November 14.

Exceptions from the curfew:

Those who live in the red districts and do not attend the second round of testing will be allowed to visit a doctor, the closest shop selling foodstuffs or a pharmacy. They can also leave their place of residence to take a test, take out their pets within a 100-metre perimeter or care for farm animals.

People who cannot attend the testing due to medical reasons, those who have tested positive for COVID-19 in the past three months, and children younger than 10 years of age are exempt from the stricter curfew.

What if I lose my certificate

The police have warned people via Facebook that if they lose their certificate from the testing, the exemptions will not apply to them.

Those who cannot prove they have tested negative are required to observe the restrictions just like people who have not attended the testing, under the threat of a fine of up to €1,650.