A hot spot for climbers and mountaineers lies just outside Bratislava. 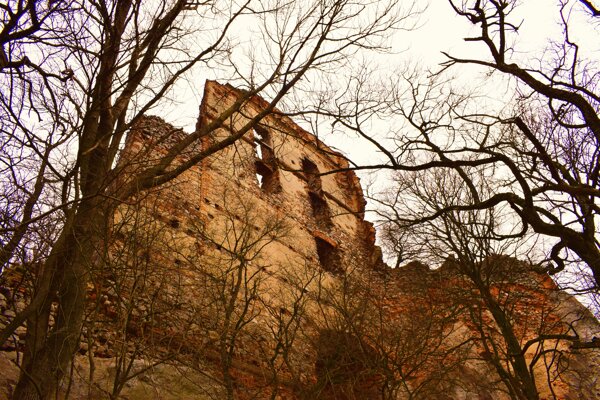 1984. What a year! Anastasiya Kuzmina, the famous former Slovak biathlete, was born. And Scarlett Johansson too. As well as Mike Spirit. On 24 January, Apple introduced the Mackintosh, and everybody saw why 1984 wasn't like “1984”. And a Slovak mountaineer Jozef Psotka, reached the summit of Mount Everest, without oxygen, and with the assistance of Zoltán Demján and Sherpa Ang Rita.

The 50-year-old Psotka was the first Slovak climber to reach the iconic summit of Mount Everest, and at that time, the oldest person in the world to do so without oxygen.

Near Bratislava, on a steep limestone rock, behind trees, a castle from the 13th century is hidden. Pajštún Castle. Once, it protected the main trade route and the north-western border of the Kingdom of Hungary. From a height of 486 m. Until the 18th century, when the castle burnt, and in 1810 Napoleon's troops destroyed it finally.

Starting in Borinka village, a gently inclined hiking path through the Small Carpathian forest, where all paths look similar and it is easy to lose your way, will lead you in front of the former castle gate.

You will be confronted with massive stone blocks adorned with the ruins of gargoyles. They look like lions, the “Pajštún lions”. The six carved lions are still attached to the top of the castle, with one hidden behind some overgrown bushes. The seventh, lays near the trail. Each of them is visually unique.

With the first step through the gate you will find yourself among the strong castle walls, and feel their magic. Following the trail up, you will reach the highest castle level and the view from here will be worth every step! From one side, the rounded hills of the Small Carpathians with pine trees, from the other, the ridges of the Austrian Alps, distantly behind the frontier.

Hot spot for climbers and mountaineers 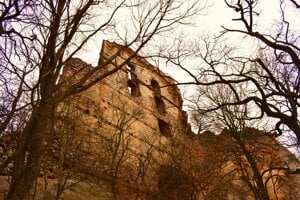 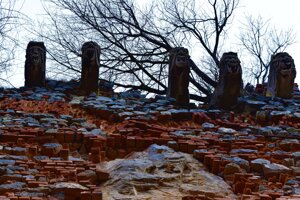 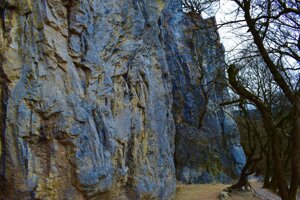 And under you, this impressive cliff, the “Mecca of Bratislava's climbers”, with more than a hundred climbing routes of various difficulties! The 25m long secured routes are with fixed protection, where you can use a circle with a chain for abseiling.

It has always been a hot spot for climbers and mountaineers, even the legends of Slovak mountaineering, Dieška, Psotka, Demián, Kluvánek used to practise here before climbing the highest mountains of the world.

And in the evening, when the sun goes down, and dark touches the ground, you can light a fire, watch the sky, and listen to a story about the kind castle lord and his cruel wife.

For Jozef Psotka the route down from the Mount Everest, Sagarmāthā in Nepalese (“a face of heaven”) or Chomolungma in Tibetan (“a goddesses of country”) was fatal.

The face of Mount Everest is cold, mystical, and full of secrets. It is reminiscent of a dark pyramid. Like a castle ruin hovering over the horizon, hidden in the forest.

Do we know their stories? Will we ever know the stories of the men and women struggling with themselves in the land of eternal snow, ice, and stones? Do strength and bravery connect them? Or maybe Edmund Hillary's words, that the world needs people who are able to accomplish something, not people who only explain why they didn't do it.

Because the world needs brave people who follow their dreams and climb the highest mountains. To motivate and inspire. And people who built brave castles on inaccessible rocks. To leave a message.