An emperor was to be held hostage at Košeca Castle

Legend has it that the Templars built the castle. 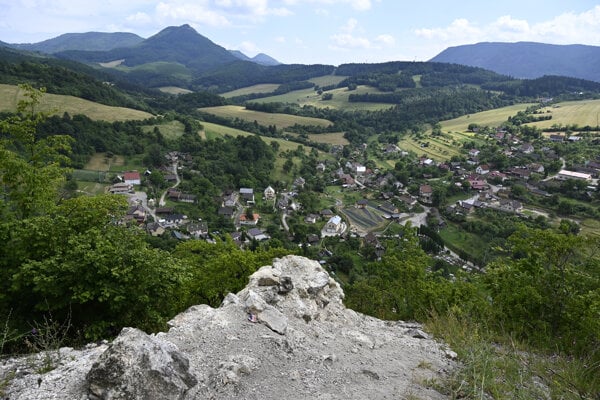 A view of Košecké Podhradie from castle ruins above the village. (Source: Radovan Stoklasa/TASR)
Font size:A-|A+

The castle ruins above the settlement of Košecké Podhradie in Trenčín Region were, legend has it, built by the Knights Templar.

The first record of the castle, which often changed hands, dates to 1272. It was the knight Smaragdus, an alleged leader of the Templars, who was to lay the foundations of the castle.

Though the legend has never been confirmed, the castle remains situated on the hill were also involved in a true story about the orchestrated abduction of an emperor.

Traipse through a region tangled in tales of romance, torture and prestige with the Trenčín Region Travel Guide.

Košeca Castle, which only locals know of, is a pleasant and easy place to hike to nowadays.

“They planned to abduct the emperor while he was hunting near Vienna,” historian Adrián Drobňák of the Trenčín Museum told the TASR newswire.

Because Košeca Castle was located in a remote area, conspirators agreed to hold Leopold I hostage there until he agreed to their demands, hoping to free Hungary from Habsburg rule.

Nevertheless, the plot, which had been in the works for several years, failed in 1669 after Habsburg officials found out about it. 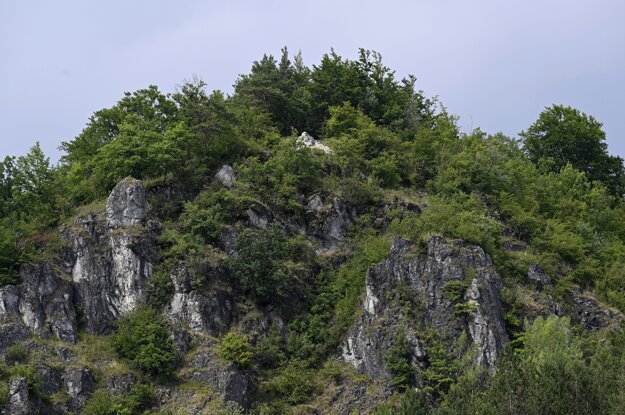 “Petróczy was summoned to court in Bratislava,” the historian said. “However, he had fled to Transylvania. In his absence, he was sentenced to death by beheading.”

Other anti-Habsburg rebels were also tried and several of them were even executed in the following months and years. Wesselényi had died of natural causes long before the conspiracy was revealed though.

Moreover, Leopold I used the 1670 unrests on the territory of today’s Slovakia to his advantage and decided to send out troops to Košeca Castle to completely destroy it.

“There are several versions of how the castle was destroyed. One says it was blown up,” Drobňák said. Another version claims, he added, it was destroyed upon the command of General Siegbert Heister. 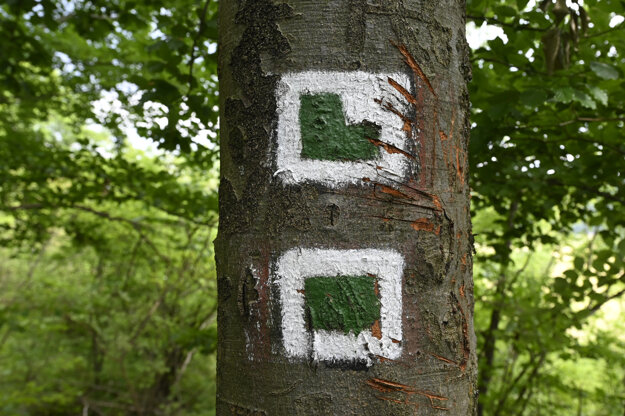 A coloured marker indicates the way to the ruins of Košeca Castle. (Source: Radovan Stoklasa/TASR)

“The most likely version is that the imperial army demolished the castle and then blew up the castle walls, bastions and foundations,” the historian said.

Hence, very little of it has been preserved – only the remnants of walls measuring about one metre in height remain. Still, the undiscovered ruins are worth a hike. They are easily reachable from a bus stop in the village.