One language for work, one for home. What bilingualism means for Hungarians in Slovakia

Contemporary Hungarian used in Slovakia takes some words and even grammar from Slovak.

Related: Hungarians in Slovakia I Interview 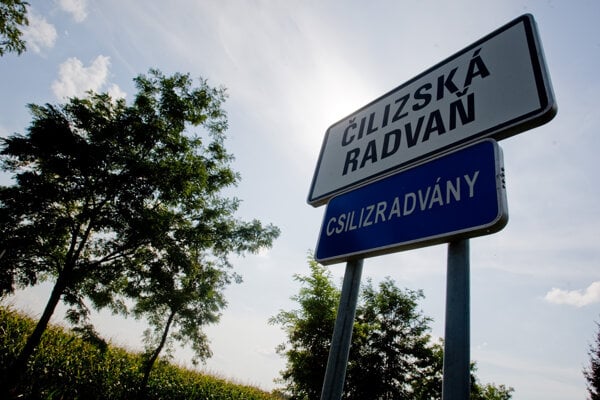 The street names and inscriptions on public buildings and shops in the south are just as foreign to a Slovak coming from just a few dozen kilometres further up north as to any foreigner who comes here from a distant country.

The Hungarian language opens up an entirely different world to a Slovak not used to living in the bilingual environment of southern Slovakia. In that world, towns like Šamorín, Komárno, Dunajská Streda, Lučenec, and Fiľakovo have two official names. The Hungarian minority makes up the majority of the inhabitants of some villages in these regions. Slovaks and Hungarians live together, blended in some places and divided in others. Locals usually speak both the Slovak and Hungarian languages as their mother tongue and they can switch from one to another in a conversation within a blink of an eye.

“For centuries, the Hungarian language has faced predictions of going extinct in the ‘Slavic sea’,” a linguist from the Slovak Academy of Sciences, Lucia Molnár Satinská, told The Slovak Spectator when asked about the situation of Hungarians in Central Europe.

The predictions have not materialised, though, nor do they seem likely to in the years to come. The number of Hungarians in Slovakia who state their allegiance to the Hungarian minority has decreased and experts expect the number to be lower when the results of the 2021 census come in. But the Hungarian language retains a strong presence in the lives of families in, particularly southern, Slovakia.

You are what you speak

The Hungarian language survived as a fully-fledged living language thanks to the people who speak it, including Slovakia’s Hungarians, said Molnár Satinská.

“As long as they are proud of their language and see value in it, as long as they hand it down from generation to generation, it will not go extinct,” the linguist, who is also known for her efforts to promote the awareness of Slovak-Hungarian bilingualism in Slovakia, added.

“That is why it is important to strengthen the spheres where the Hungarian language is used, for it to stay as rich as it is today.” 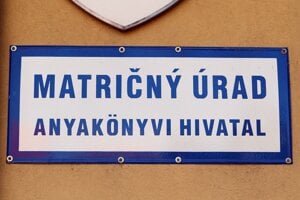 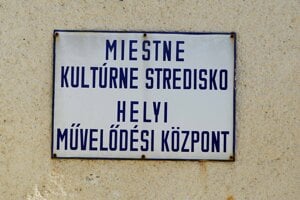 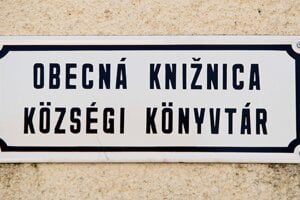 “In most cases, they stick with one identity, the Slovak one,” she said.

Most Hungarians use primarily the Hungarian language in their households and in public, said Marianna Mrva, a sociologist of the Slovak Academy of Sciences.

“Even in the localities where the concentration of Hungarians is highest, many use the Slovak language in public,” Mrva told The Slovak Spectator.

A lot of children from Hungarian-speaking families encounter the Slovak language before enrolling in schools and they further improve in during the first year of primary school. Therefore, most adult Hungarians living in Slovakia are fluent in Slovak.

Mészárosová Lampl makes a distinction between mixed Slovak-Hungarian families and families in which both parents are Hungarian.

“In the latter case, the decisive thing is whether they will enrol their child in a primary school with Slovak or Hungarian as the language of instruction,” she noted. “Their choice is one of the key signs of their identity.”

Parents with a strong Hungarian identity will choose a Hungarian-language school for their children because they want this identity to transmit to the next generation, the researcher noted.

Even if Hungarian is spoken in the family, this does not mean that parents do not want their children to learn Slovak.

“Most children will learn, and I think that teaching Slovak at Hungarian schools could be more effective, if the method of other foreign languages was used,” she opined.

Proposals to teach Slovak as a foreign language at Hungarian schools in the south, however, failed to find a sympathetic ear among Slovakia’s ruling politicians whenever the topic was on the agenda, for example in 2010.

The symbiosis of two strangers

The Slovak and Hungarian languages originated in different language families, but due to history and geography, they have been influencing each other for centuries.

What the Hungarian and Slovak languages take from each other (glossary)

From Hungarian to Slovak

From Slovak to Hungarian

Molnár Satinská explains that the Hungarian language develops independently in several countries where it is spoken, in this case the so-called successor’s countries of the Austrian-Hungarian Empire.

“Contemporary Hungarian in Slovakia uses several words of Slovak origin, and it has also adopted some Slovak grammar,” Molnár Satinská explains. “It applies the other way around, but on a smaller scale; there might be Hungarian words penetrating the Slovak language.”

Words that were transformed from Slovak to Hungarian include mostly those that do not have a direct Hungarian equivalent, such as names of institutions. Molnár Satinská says poliklinika, the Slovak word for outpatient clinic, is an example. Hungarians living in Slovakia also tend to use Slovak words for objects of everyday use or food, such as tyepláky (sweatpants), párki (frankfurters), horcsica (mustard), or nanuk (popsicle). In Hungary, these go by different names altogether: melegítő, virsli, mustár, and jégkrém.

Hungarians from Slovakia who went to schools with Hungarian as a language of instruction also learn the standard Hungarian and most are ready to switch between their “home Hungarian” and the standard language when needed.

Molnár Satinská noted that a person’s attitude towards language depends on the situation in which the person uses the language.

“It may be a bicultural person who uses both Slovak and Hungarian the same in all life situations, either at work, home and free time, or a person can have the languages divided: one at work, one at home,” she explained. “For those people, one language is their work language and the other is their home language. Thus, various connotations are tied to it.”

In 2020, 447,932 people declared Hungarian nationality, which is 8.20 percent of the Slovak population, according to the Statistics Office.

Most Hungarians live in the Nitra and Trnava Regions. The census from 2011 showed that the most people with Hungarian nationality live in Komárno, followed by Dunajská Streda and Bratislava.

The first ancestors of Hungarians came to the Slovak area at the turn of the 9th and 10th century, mostly to the south-eastern and south-western parts of the country. Gradually, in the 11th century, they also settled in today’s southern Slovakia. Slovak and Hungarian ancestors shared the same living space, the Austrian-Hungarian Empire, until it was disintegrated in 1918. With the establishment of Czechoslovakia, Hungarians living in the area of southern Slovakia became a national minority.