Sme Rodina nominee for the top spy post released from custody after more than five months. Charges dropped in another case against Haščák of Penta as well. 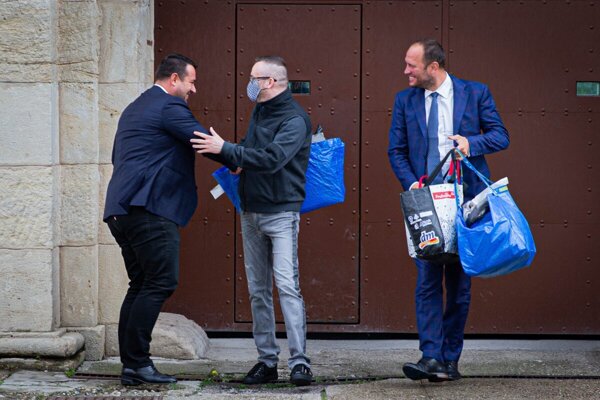 The former head of the intelligence service is no longer facing corruption charges.

Vladimír Pčolinský, then director of the Slovak Information Service (SIS), was detained and charged with bribery in March of this year. He had been in custody ever since. The General Prosecutor's Office now intervened in his case and dropped all charges against him. His lawyer Ondrej Urban confirmed this news, as first reported by Aktuality.sk website earlier on August 31, 2021.

"[The news] found me in the middle of [watching] the Cobra 11 series," Pčolinský reacted as quoted by the Sme daily. He did not rule out that he was going to seek compensation from the state.

Pčolinský faced accusations that he accepted €20,000 to halt the wiretapping of lawyer Zoroslav Kollár. By the end of April 2021, more charges were added. He stood accused of having bribed former NAKA member Marián Kučerka, allegedly paying him €10,000 to overlook tax fraud suspicions against a certain transnational construction company.

The decision was made by first deputy GP Jozef Kandera, after GP Maroš Žilinka recused himself from the case due to his past links to Pčolinský. The two men worked together at the Interior Ministry in 2010-2012 under then minister Daniel Lipšic, who has since left politics and has recently been elected Special Prosecutor. Both Žilinka and Pčolinský were Sme Rodina nominees for their posts: Pčolinský for SIS director, the post he left after he was placed in custody, and Žilinka as the candidate for general prosecutor proposed by Sme Rodina MP Petra Hajšelová.

Read more articles by the topic
This article is also related to other trending topics: Maroš Žilinka, Vladimír Pčolinský