Listening to the conversations recorded in the office and the car of Dobroslav Trnka dominated two days of the trial in September. 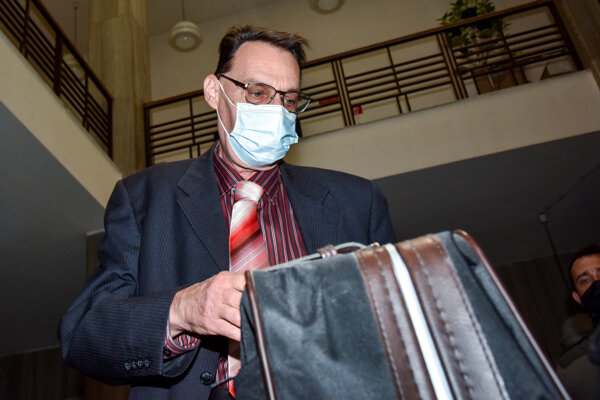 The trial of former general prosecutor Dobroslav Trnka, accused of concealing the Gorilla recording, continued on September 13 and 14, 2021.

The Gorilla file, which Haščák and Penta insist is fabricated, describes how Penta corrupted state representatives during the privatisation of state property under the second government of Mikuláš Dzurinda.

Ten recordings were played in court, with one capturing a conversation between Trnka and convicted fraudster Marian Kočner, one involving a discussion between Kočner and Trnka's friend Lorant Kósa, and one between Kósa and Trnka. Some of the recordings were found on the mobile phone of Marian Kočner after he was detained on charges in other cases, some made by the police while investigating Trnka.

On the recording of a conversation between convicted fraudster Marian Kočner and Trnka’s friend Lorant Kósa, Kočner mentioned “samples from Dobroš” that they wanted to “trade with Slávo”. Slávo is the nickname of Jaroslav Haščák, the main character of the Gorilla file and former co-owner of the Penta financial group.

A recording from 2014 that leaked to the media in 2019 was also played during the Trnka trial in mid-September. The recording was on the USB flash drive the police found in Kočner's safe in his home in October 2018, after he was detained.

In the recording, Kočner reproached Trnka for what appears to have been an attempt to blackmail Haščák by using Gorilla. 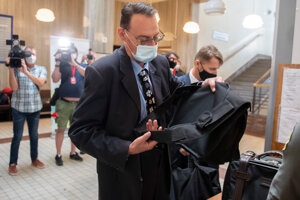 “Why did you go blackmailing that Haščák?” Kočner asks on the recording and mentions that Haščák is his friend and he also paid for Trnka to be re-elected as general prosecutor. He even specified that it cost 1 million euros.

Trnka’s attorney Martin Krakovský called the recording illegal proof even before it was played, because it was made without the agreement of the recorded parties.

What the police recorded

The court also played recordings that the police made while wiretapping Trnka between August and September 2019, as part of the investigation that resulted in the pressing of charges against him for concealing the Gorilla recording.

On the recordings made by the police, Trnka discusses, along with Lorant Kósa, a possible investigation into the extortion of Jaroslav Haščák and estimates what evidence may be held by the authorities involved in the criminal proceedings.

“Theoretically, there may be other facts that would not only be to my detriment, but also to my advantage," Dobroslav Trnka said, as quoted by the TASR newswire.

The prosecution claims that Trnka obtained Gorilla from Kočner and both of them attempted to use the recording for negotiation, the Sme daily reported. Trnka allegedly played it to prime minister Robert Fico at the Government's Office before the 2010 election. The meeting where this happened was described in court earlier in September, when Trnka's successor as general prosecutor, Jaromír Čižnár, testified in the case. Fico denied any such occurrence, Sme noted.

The judge of the District Court Bratislava I adjourned the Trnka trial on December 6 - 8. Experts should testify at the adjourned hearing and sections of the Gorilla recording should be played.