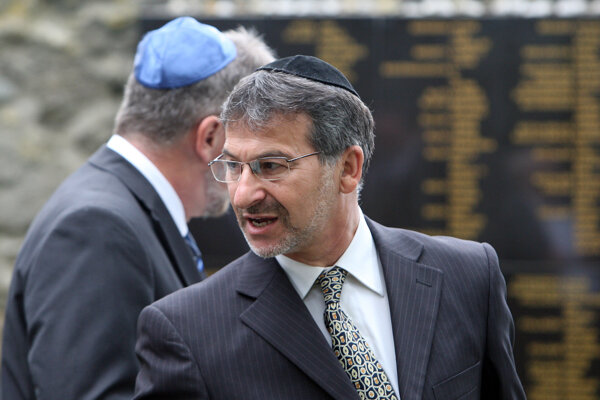 Jozef Klement is the chair of the Banská Bystrica-Zvolen Jewish religious community and the founder of the Klemo company. (Source: Dušan Hein/TASR)
Font size:A-|A+  Comments disabled

Sitting in his office on Tehelná Street in Zvolen, Jozef Klement, 68, is flanked by a glass case displaying dozens of office stamps, and a very old, large storage cabinet. Paintings hang from the walls behind him as he laughs and explains why nearly no one ever calls him by his proper name.

“People have always called me Klemo, it was my childhood nickname. It’s like I’m still a child and never grew up,” he jokes.

Born into a Jewish family from Turčianske Teplice, a spa town in the Turiec region, in the early 1950s, Klement is today a well-known figure in Slovakia’s Jewish community, as well as among the general population of Zvolen. For decades he has been at the heart of initiatives to commemorate the history of local Jewish communities.

He cuts a calm, modest, and kind figure as he recounts how he first came to Zvolen and eventually created a thriving business, but also how he was driven to help keep alive the memory of local Jews who perished in the Holocaust. 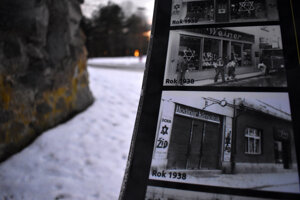 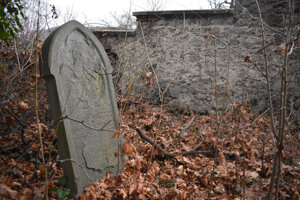 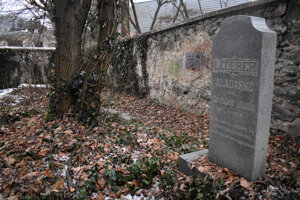 Klement came to Zvolen after finishing school, hoping to establish himself as a dental laboratory technician. “I had to leave the job because I had an allergy to acrylic powder,” Klement explains. He was forced to take other work to support his family, but he refused to give up on his dreams.

“I had always wanted to go into business or do something that would help or give meaning to people,” he says.

Supported by his wife, Eva, Klement started to make self-inking office stamps in their three-room flat after the fall of the communist regime in then Czechoslovakia in 1989.

“I am glad we live in a democracy although we value it little,” he says pointedly, pausing his tale to take a telephone call, before continuing to describe how from there, he went on to create one of the largest suppliers of office stamps in Slovakia – using his childhood nickname, Klemo, for its brand name. 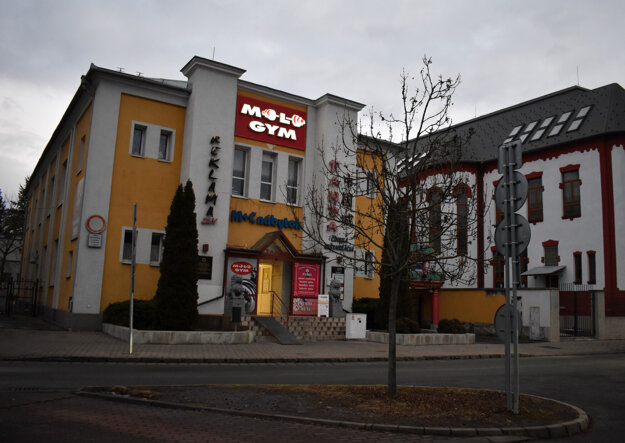 The 1895 building, which no longer boasts cupolas, served as the Zvolen synagogue before WWII. It now houses a gym and a Chinese restaurant. (Source: Peter Dlhopolec)

He had been inspired by seeing a self-inking stamp, which his niece brought him from Switzerland, and saw an opportunity in the Slovak market.

“Until then, people had used wooden stamps. They often put them in their coat pockets, which of course would then end up filthy,” he notes.

Klemo’s services soon expanded, and new branches were opened. But as the company grew, so did the businessman’s desire to give something back to the local community, and in particular to commemorate the tragic history of local Jewish communities.

A secular Jew, Klement has, since the 1990s, worked with others on initiatives to commemorate Jewish communities in Zvolen and the neighbouring city of Banská Bystrica. Over 500 Jews lived in Zvolen in 1938, but there are very few left in the city today, but Banská Bystrica has a larger community.

One such initiative is the Park of Forgotten Neighbours on Tehelná Street. Although people had for years walked through the area where the park stands today to reach a local hospital, it had fallen into what Klement describes as a “deplorable state” with its only real features being a public toilet and a single bench which was most often used as a sleeping spot for the homeless. 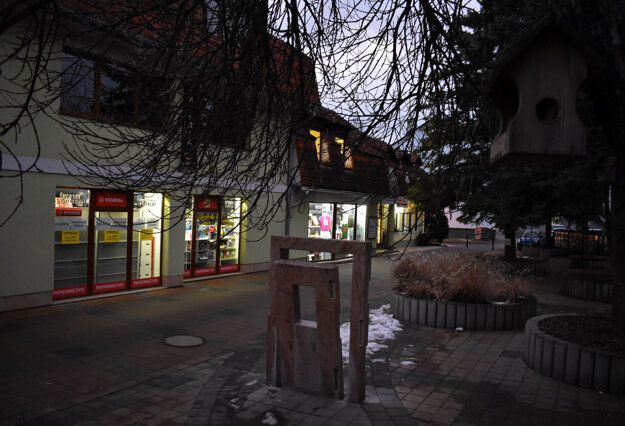 Park of Forgotten Neighbours and the Klemo building on Tehelná Street in Zvolen. (Source: Peter Dlhopolec)

Having bought the public toilet in an auction in 1993, he began transforming the space, creating over the years what is today’s Klemo building - which houses a café, sportswear store, stationery shop, and an art gallery in the basement - and the park with the ‘On The Fence’ art gallery, which was opened in 2012. It includes a fountain designed by Slovak architect Igor Faško.

“Jewish people who worked with me on the project called it a crying fountain,” Klement says over laughter from a group of youngsters skateboarding in the small park.

Other projects he has been at the heart of - Klement is reluctant to call them his initiatives, “even if I come up with an idea, I cannot implement it all by myself,” he says - include efforts to reconstruct a Jewish cemetery next to a Zvolen bus station in the 1990s.

The cemetery, which pre-dates WWII, was the site of five mass graves which held the bodies of 128 Jews, Roma, and other Slovaks who were slaughtered by the Einsatzkomando special Nazi killing squads in 1944-45. 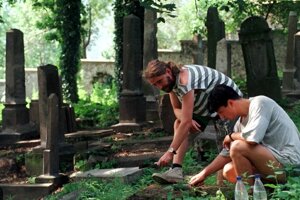 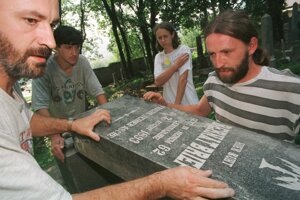 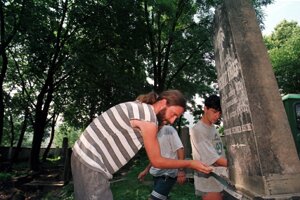 “We restored 60 tomb stones and a memorial to the mass graves,” Klement says, adding that a memorial is held there every year.

The Unforgotten Neighbours event takes place on September 9, the Day of Victims of the Holocaust and Racial Persecution. Almost 70 municipalities took part in the event in 2021.

“We must not only remember the people who were deported, murdered, and never returned to a free Czechoslovakia,” Klement says, “but also those who helped them.” The event honours all of these people by reading their names aloud.

In 2010, the Park of Generous Souls with the Obelisk of Hope and the Way of Humility was opened next to the cemetery, honouring people who saved Jews from deportation to concentration camps.

“The obelisk memorial is unique to Europe,” Klement claims, explaining that the only similar memorial anywhere else is in Jerusalem.

Locals have largely welcomed the initiatives. But not everyone has been happy with what Klement, who lost many members of his family in concentration camps, including both sets of grandparents, and others have done promoting Jewish history. This was especially true in the 1990s.

“Somebody wrote ‘Juden Raus!’ [Jews out!] and 88 [a neo-Nazi symbolic number] and drew swastikas on our building, and windows were broken,” Klement says, adding that on the evening the restored Jewish cemetery was opened in 1998, the fascist group Slovenská Pospolitosť marched in Zvolen, wearing uniforms and holding torches. They also went to the cemetery. 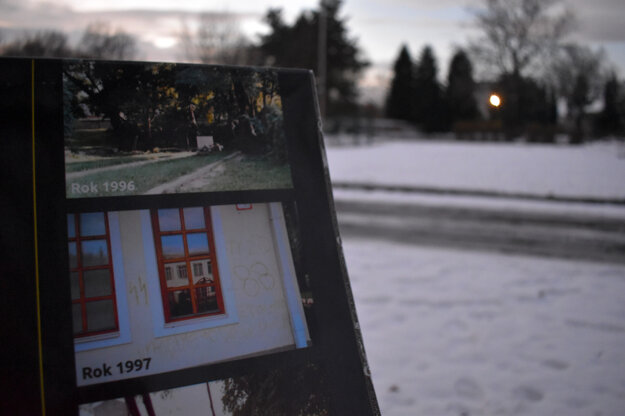 “It was not a pleasant sight for my mother-in-law. She was afraid. She had been in a concentration camp,” Klement says. “She saw the same uniforms again. Can you imagine that?”

The group was declared illegal because of its ideology and disbanded in 2006.

Klement warns that people must not forget what happened in the 1930s and during WWII. “If we do not learn from history, we will have to go through it again,” he says. “People, especially younger generations, should listen to and learn from the stories of those who survived the Holocaust, so the atrocities of WWII do not happen again,” he adds.

He regularly invites schools in Zvolen to attend the Unforgotten Neighbours event, at which the story of a Holocaust survivor is read.