Several buildings in Bratislava are lit in Ukrainian colors, a special song for peace recorded in the streets of the capital. 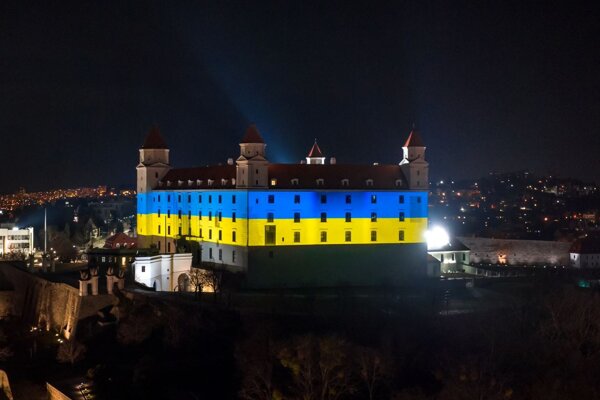 "The events in Ukraine concern us. We are with Ukraine; we feel its pain and fear. Our support is deep and unquestionable," said the organisers of the Bratislava peace march on Thursday, February 24, 2022, which attracted hundreds of participants.

A few hours after the march, members of the local Technik STU Choir performed a prayer song, Peace by Knut Nystedt, in one of the squares of the Slovak capital, with its choirmaster and a Ukrainian student who is taking part in the choir's conducting internship.

Mayor of Bratislava Matúš Vallo presented on February 24, 2022, a declaration of mayors of capitals from all Visegrad Group countries. 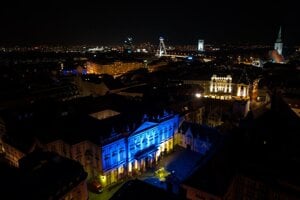 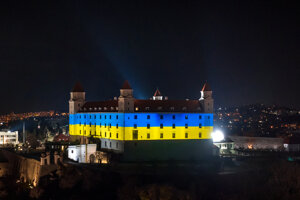 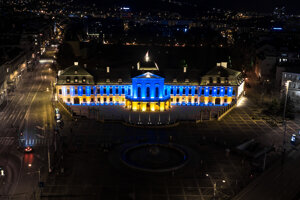 They called the unprecedented act of war started by Russia and its president Putin against the free and independent state of Ukraine an event unparalleled in our lifetime.

"As mayors of the capitals of [Ukraine's] neighbouring countries, we deeply condemn this aggression against Ukraine led by Russia and consider it the most severe threat for European peace and security since World War II," their declaration read.