Propaganda backlash threatens to strike where Slovakia is most vulnerable

Slovaks are making their president proud, but how long will it last? 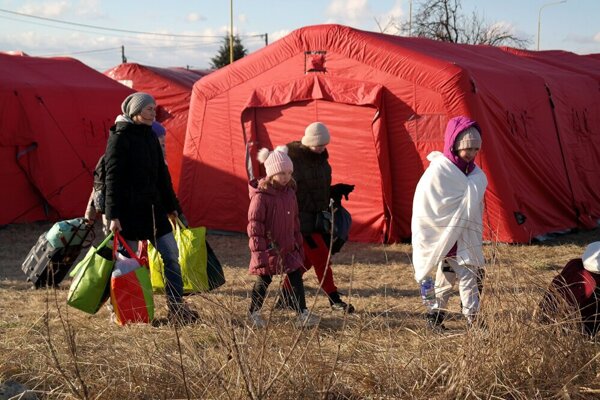 Welcome to your weekly commentary and overview of news from Slovakia. Tens of thousands of people have crossed the Slovak-Ukrainian border over the past week. What does that mean for the country? We also sum up the latest news on how the war in Ukraine is affecting life in Slovakia, its economy, and its public opinion.

“I am a proud president of the Slovak Republic,” Zuzana Čaputová stated when she visited a border crossing in the eastern-Slovak municipality of Ubľa to see for herself the people fleeing Ukraine to save themselves and their families from war – and the people greeting them on the Slovak side with offers of help.

That was three days after Vladimir Putin ordered his troops to invade Slovakia’s immediate neighbour. At that point, there was a steady trickle of refugees from Ukraine into its southern and western neighbours, including Slovakia.

Since then, the pressure on the border crossings has intensified, with Russian forces conducting relentless rocket, artillery and airstrikes on civilians in many Ukrainian cities, and battles continuing across the northern, eastern and southern part of that country. Slovakia finds itself in a position it has never been in before: its eastern border is the doorstep of what the UN High Commissioner for Refugees has called the “fastest growing refugee crisis in Europe since World War II''. Of the one-and-a-half million people who had fled Ukraine as of Sunday, the Slovak authorities report that some 128,000 crossed the border into Slovakia.