Slovakia comes out as one of Ukraine's biggest supporters

Estonia and the USA top rankings by a German institute. 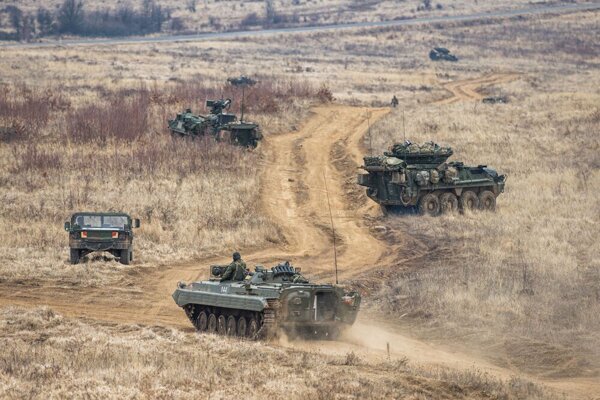 Slovakia’s government is one of Ukraine’s biggest donors when its wealth is compared to other countries.

It came fourth after the first month of the war in Ukraine, according to the Ukraine Support Tracker, with Estonia, Poland and Lithuania coming ahead of Slovakia. This new database has been launched by the Kiel Institute for the World Economy in Germany.

“There are surprisingly strong differences, both in terms of the absolute amount of support and when measured as a percentage of donor country GDP,” the institute’s research director Christoph Trebesch said. 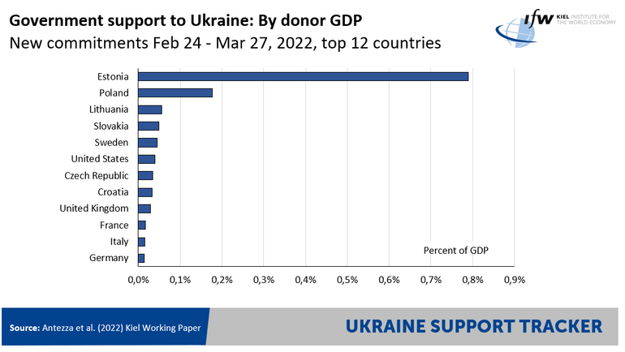 “Geographic proximity to Ukraine seems to play a major role in the engagement of Eastern European countries,” Trebesch explained.

However, Great Britain also stands out as a supporter, he added, both in absolute terms and given its GDP.

US spends more than the EU

But when the total amount of support is considered, the database shows that the USA supported Ukraine the most from February 24 to March 27. The US spent €7.6 billion on support for Ukraine.

All EU member states spent €2.9 billion, another €1.4 billion came from EU institutions and €2 billion from the European Investment Bank. 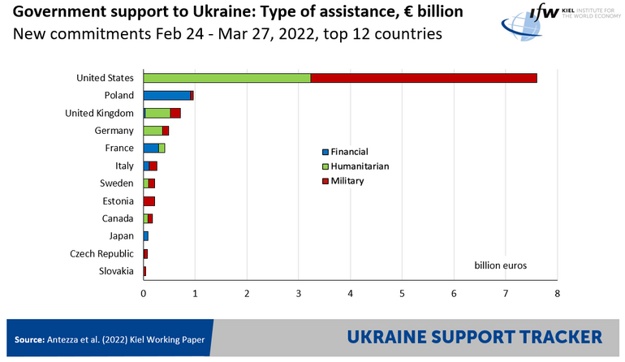 “It is remarkable that the USA alone is giving significantly more than the entire EU, in whose immediate neighbourhood the war is raging,” Trebesch noted.

The research admitted that the full picture of aid provided to Ukraine could not be painted as military aid was not always transparent.