THE EUROPEAN Commission is considering how to make music, films and games available to everyone in the European Union through quick internet access without violating intellectual property. Recommendations are due by mid-2008 on new ways to achieve a single market for online content. 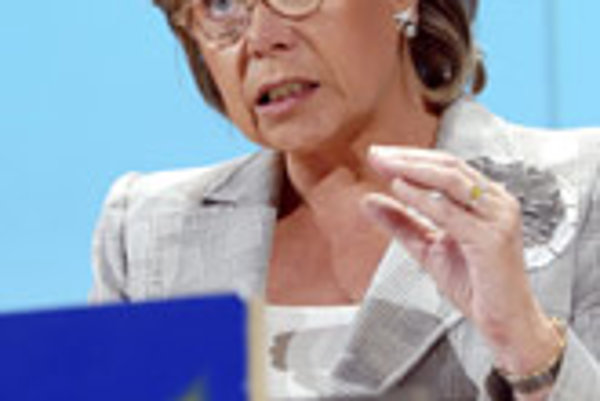 THE EUROPEAN Commission is considering how to make music, films and games available to everyone in the European Union through quick internet access without violating intellectual property. Recommendations are due by mid-2008 on new ways to achieve a single market for online content.

However, online content providers believe that any new regulation the EC passes should be designed in close cooperation with the parties already active on the market. Anything that's too strict could hamper a market that's still vigorously developing, they say.

"Europe's content sector is suffering under its regulatory fragmentation, under its lack of clear, consumer-friendly rules for accessing copyright-protected online content, and serious disagreements between stakeholders about fundamental issues such as levies and private copying," Viviane Reding, EU Commissioner for the Information Society and Media, said on January 3.

"First of all, each legislative proposal affecting a developing market must be prepared in cooperation with the market players," said Jana Burdová, spokeswoman of Slovak Telekom. "Otherwise it could be counterproductive, and end up burdening service providers more than benefiting users."

The EC plans might create additional regulations and costs to internet providers and companies providing online content such as filtering and blocking of illegal content, she added. An inadequate regulation could also create risks for users, such as identification requirements that might invade people's privacy.

The online content market is still maturing, so it's necessary to leave room for the players to create self-regulatory mechanisms, Burdová said. Legislative regulations and measures should only be complementary, she added.

"Any such regulation must be justified and adequate," she told The Slovak Spectator.

The reason is that investment in such fast developing markets bear quite a high risk. Moreover, the content that is offered online, its volume and quality are an important contributing factor to overall broadband penetration and, thereby, to a knowledge-based society, Burdová said.

The best way of battling piracy is to give users safe, affordable access to a variety of legal content, she said. But this is only possible when the legal content market has room to develop, she continued.

The internet has revolutionised the film, gaming and music industries, said Pavel Mucha, director of the recently-merged Netcentrum and Atlas companies, which operate websites with online content.

"It would be great to have clear guidelines and distribution channels that used the internet's strengths in a way that benefited all parties," he told The Slovak Spectator.

However, he thinks it is too early to predict the impact of the new regulation on online content providers and users.

The market for online content is developing at a rapid pace, according to the EC. Based on its study, retail revenues from online content in the EU-25 will more than quadruple from €1.8 billion in 2005 to €8.3 billion by 2010.