DIGITAL broadcasting is coming, and promises to revolutionise the world of television in Slovakia as frequencies now used for analogue broadcasting are freed up for new national television stations. That’s according to the Telecommunications Office, which says the change-over should bring more programmes for viewers, greater competition in the television market and new opportunities for advertising. 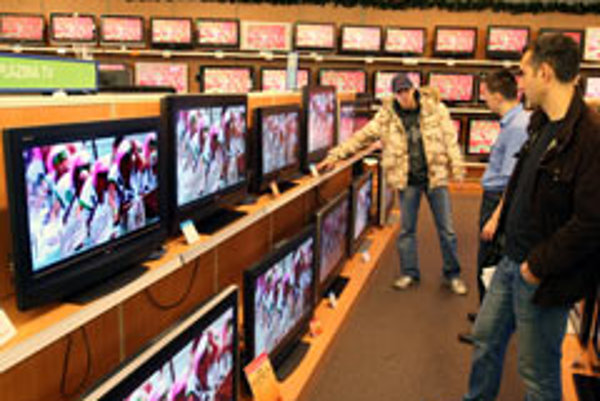 DIGITAL broadcasting is coming, and promises to revolutionise the world of television in Slovakia as frequencies now used for analogue broadcasting are freed up for new national television stations. That’s according to the Telecommunications Office, which says the change-over should bring more programmes for viewers, greater competition in the television market and new opportunities for advertising.

Currently, the Telecom-munications Office is preparing a tender for the first digital ‘multiplex’ - a portfolio of television or radio stations broadcast on a single channel. The tender will not start before May 30. Slovakia should completely switch from analogue to digital television broadcasting in 2012.

However, the existing TV broadcasters are hazy when it comes to predictions and expectations about what digitalisation will bring or how they are preparing for the move. And advertising professionals say that the switch to digital will not make much difference to the market for advertising since its size will remain unchanged and advertising will be competing for the same number of televisions as today.

In practice this means that that no new television station covering the whole of Slovakia can enter the market using present terrestrial television broadcasting techno-logy, he said, adding that other methods of TV broadcasting, such as satellite and cable, can only be considered supplementary to terrestrial broadcasting. Digitali-sation could solve the problem of lack of frequencies.

“Transition to digital television solves this problem and creates considerably more space for the introduction of new TV stations onto the Slovak media market,” Vavro said.

“Digital broadcasting thus creates room for the creation of new TV stations, increased competition in the media market and pressure to increase the quality of programmes on television,” Vavro said.

He added that it will also have a positive impact on the advertising market, which is very closely linked to the television market.

As well as allowing more programmes, digital TV will also support higher-quality broad-casting standards, including so-called ‘studio quality’, and possibly allow for mobile television and internet services. It is also suitable for providing internet services to rural locations as well as e-government services, according to Vavro.

One drawback for viewers is that those who now receive analogue terrestrial television broadcasting will need to buy either a television with a built-in digital tuner, or else an additional set-top box.

The Telecommunications Office announced that the process of transition to digital television from analogue in fact started on May 1, when it issued a legally-binding regulation setting conditions for the transition.

Based on current legislation, the office should announce a tender for terrestrial digital video broadcasting (DVB-T) frequencies no sooner than 30 days from the date when the regulation came into force.

Those companies which currently provide analogue broadcasting services, as well as those intending to build and launch digital networks, are expected to take part in the tender: the law does not allow TV companies themselves to participate in the tender. Currently, the Rádiokomunikácie company has a dominant position in analogue broadcasting in Slovakia. Last year, the company was sold to the TRI R consortium by its previous owner, Slovak Telekom.

“Digital broadcasting enables a larger selection of programmes and new additional services,” Želmíra Habánová, spokeswoman for the public-service broadcaster STV, told The Slovak Spectator. “We are already following trends in digital TV viewing and are hence preparing for the gradual enhancement of STV services. We are also preparing for the gradual introduction of additional services, including viewer interaction.”

Tatiana Tóthová, spokes-woman for the private TV station JOJ, said that digitalisation will create room to improve the range of TV on offer, and will allow for greater specialisation.

“For us it is a challenge, and we intend to use the space [it will provide],” said Tóthová.

JOJ television is already considering several projects and the station believes it will create a healthy competitive environment and allow it to successfully maintain viewers.

On the other hand, Peter Holík, director of advertising company Creo/Young & Rubicam in Slovakia, said he does not expect great changes in the advertising market.

“With regards to the size of our country I do not expect that the digitalisation of television broadcasting will cause large changes in the advertising market – the market will not be any larger or smaller and thus advertising will “nurture” just a small number of TV stations,” Holík told The Slovak Spectator.

He said that other factors - for example, the internet and other new technologies - are gradually affecting the advertising market more.

According to the Telecommunications Office’s transition plan, operation of the first digital multiplex will start no later than one year from the date when the first tender winner is awarded its licence. The second multiplex, as well as a multiplex for public TV, should be launched in 2012 at the latest. Analogue broad-casting in Slovakia will then be turned off completely on December 31, 2012.