THE NATIONAL Concept of IT Introduction in Public Administration, which was adopted in May, is the latest document in which the Slovak government specifies a plan for providing e-government services at state offices. 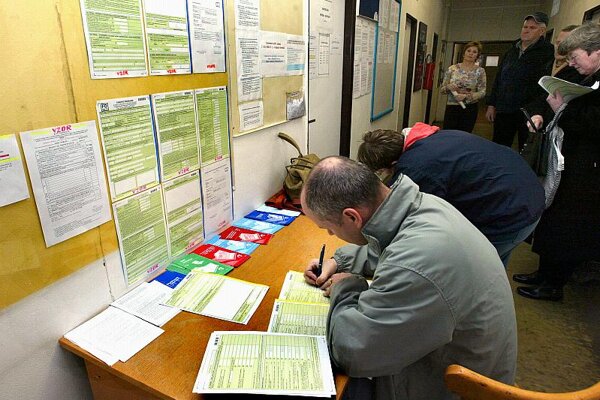 THE NATIONAL Concept of IT Introduction in Public Administration, which was adopted in May, is the latest document in which the Slovak government specifies a plan for providing e-government services at state offices.

A large part of the previous plans are a reality only on paper, IT analysts say, noting that all the government services now available online were introduced separately, rather than as part of a coordinated project or overall strategy.

For example, the Operational Programme of Introducing IT into Society (OPIS), approved by the Slovak cabinet in 2007, aimed to put 20 public services online by 2013. But the project is already half a year behind schedule, IT professionals say, adding that the 20 services do not correspond to current needs.

Juraj Sabaka, president of IT Association of Slovakia (ITAS), said that the evolution of e-government in Slovakia so far has been about preparation.

He observed that, over the last few years, the system of EU funds management has been defined and two strategic documents adopted: the National Concept and the Strategy for IT Introduction in Society. Feasibility studies are now under way, he said.

“A great deal of work has been done,” Sabaka told The Slovak Spectator. “However, the reality is that no projects have been put out to tender yet, let alone carried out. The OPIS was adopted in September 2007, and 13 months later there’s a six-month delay.”

Moreover, the OPIS plan to have 20 public services accessible online is insufficient, he said, adding that it is outdated and being revised by the EU.

“We are convinced that Slovakia has the potential and means from EU funds for a significantly wider range of services,” he told The Slovak Spectator.

Slovakia is allocated about Sk3 billion (€99.58 million) annually from EU funds for investing in e-government strategies, which it is supposed to match with funds from the state budget.

The public services now available online include matters related to taxes, customs, payroll taxes, the commercial register and the criminal record register. The public can also use the internet to address issues concerning various personal documents, the cadastre office, education and healthcare.
Of these projects, Sabaka considers the online services of the commercial register and the cadastre most successful.

The National Concept points out that several strategic documents on e-government were adopted between 2001 and 2006.

But it acknowledges “only some selected e-government services were implemented and made accessible to public.”

Consequently, Slovakia is ranked in the bottom group of EU members when it comes to introduction of e-government services, the National Concept states.

Though the movement toward e-government in Slovakia is slower than the EU average, it is not completely stagnant, the document reads.

The concept cites insufficient interconnection and management coordination among the state administration departments, as well as an insufficient legal framework and political support, as the reasons for the delay.

But the National Concept is a new approach to e-government that will base state administration and local government systems on common fundamentals and principles, the document declares.

“The goal is to build a modern public administration that accomplishes its function, is transparent and presents a minimal burden to the public,” the concept states.

Shortly after the National Concept was adopted, the Finance Ministry was tasked with selecting three priority departments in which the EU funds for e-government would receive investment, the SITA newswire wrote. The ministry chose the Interior Ministry, Labour Ministry and the Cadastre Office. The main projects should be finalised by 2011. The suppliers for the projects will be chosen by public procurement.

The Interior Ministry will use e-government services to address issues concerning personal documents, car registration and correspondence with the police, the concept states.

E-government services will be used in the Cadastre Office to apply for copies of deeds and amendments to deeds, according to Katarína Hodorová, a spokeswoman for the office.

So far, the Cadastre Office uses e-government services to issue information about plots, buildings and ownership rights, though for information purposes only.

The Labour Ministry will use e-government to simplify communication with the social benefit management sector and applications for social benefits. Also, a completely new information system will be prepared for the labour market to facilitate communication between the public and employers, Daniela Rodinová from the ministry’s communications department told The Slovak Spectator.