Online is catching up with print

ONLINE advertising is the fastest growing segment in the Slovak market, as in much of the rest of the world, and this growth is occurring at the expense of the print media, analysts say. 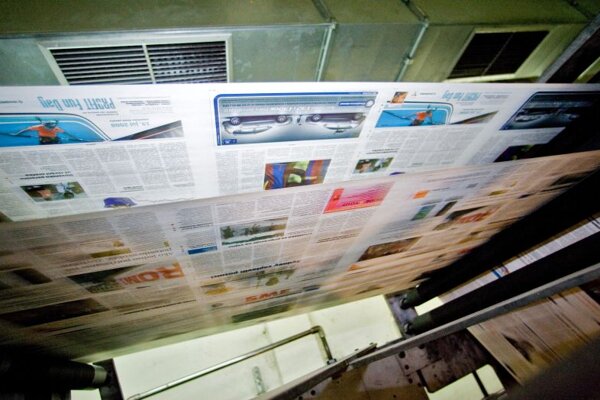 The increase in revenues for online ads has taken a bite out of the advertising in print media. (Source: Sme - Vladimír Šimíček)
Font size:A-|A+  Comments disabled

ONLINE advertising is the fastest growing segment in the Slovak market, as in much of the rest of the world, and this growth is occurring at the expense of the print media, analysts say.

The Association of Internet Media (AIM) in Slovakia reported Sk194.5 million (€6.456 million) in revenues from online advertising in the second quarter of 2008, up 47 percent from the previous year. Compared with the first quarter of this year, this is a 28.4 percent increase. Banner advertisements reported the biggest sales, Sk111 million (€3.685 million), followed by classified ads (Sk38 million or €1.261 million), and search engine results, Sk31 million (€1.029 million), the SITA newswire wrote.

AIM comprises the largest players in the Slovak internet market. It currently has 24 members.
“The main reason for the increased revenues is the standardisation of the Slovak advertising market and the fact that it is catching up with developed markets,” said Dalibor Jakuš, a member of AIM’s administration board and director of the Profesia job search website. “Continuous growth in internet use, improved quality of content and increased trust from advertisers [in the internet] also contributed to the increase.”

This year, internet advertising made up 6 percent of the advertising market in Slovakia, which is double the amount in 2005, Jakuš said.

“Internet advertising is the fastest growing segment of the advertising market, and it has acquired that share mainly at the expense of print ads,” he told The Slovak Spectator.

In developed countries, the share of online advertising averages 10 percent, with the highest share is in Great Britain, where it approaches 20 percent, Jakuš said.

Online advertising is expected to increase in Slovakia even if marketing budgets are reduced, he said, which is likely to affect other forms of advertising instead.

“This has already happened in the US, where spending on advertising has stagnated, except for online ads, where an increase is still measurable,” he said.

Slovak websites that want to benefit from the rise in online advertising should continue paying attention to creating quality content and a sufficient volume of advertising space, Jakuš said. Online media should also carefully consider the nature of any advertising so that it is not blocked or boycotted, he added.

Marian Ivan, from the advertising dpartment of Ecopress, which administers the online version of the Hospodárske Noviny business daily, also believes that online advertising will increase despite the financial crisis. The only question is by how much, he said.

“My personal view is by around 40 percent,” he said.

In the long term, he expects that online ads will replace those in the print media as the primary form of advertising.

“It probably will not happen in the next five to six years, but there is potential for it in the long term,” he said.

But, for it to happen, he added, internet penetration and hours logged online in Slovakia will have to increase.

Ivan said that it would also be useful to have a standardised method of measuring the number of visitors to individual sites.