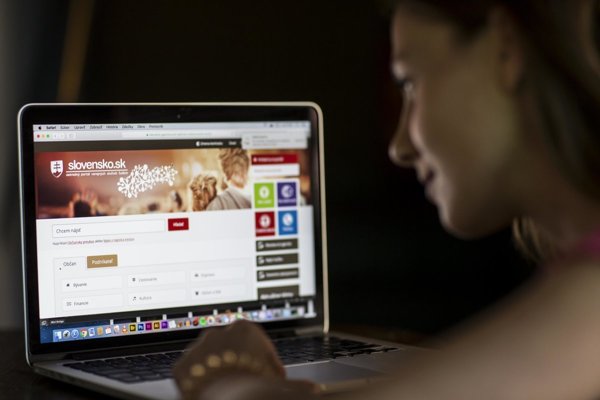 The state wants to invest additional millions of euros into the Slovensko.sk website. Some days before Christmas, the governmental agency NASES, which administers the website also known as the Central Government Portal, published in the official bulletin information that it wants to invest €19.5 million including VAT in the website.

It has not announced a tender and instead it commissioned current service providers, GlobalTel and Swan Mobile, both from the Danubiatel holding, to do the job, the Denník N daily wrote.

The Slovensko.sk website provides services to the public and public authorities by means of an information system through a single access point. It has already cost €47.5 million and its launch was partly financed from EU funds.

Now NASES wants to finance the changes from the state budget. It plans to extend functionality of the electronic registry and to adapt modules to changes in legislation amongst other projects.

NASES justified its decision to commission current service providers because of a shortage of time. A planned law indicates the launch of an electronic register of selection proceedings in state service by June 1, 2017, i.e. the state has less than five months.

The head of NASES is Norbert Molnár. In the past he worked for one of the providers – Swan, the daily recalled.

In Slovakia state-commissioned IT projects are criticised as being overpriced and ineffective. The process of the selection of service providers is also viewed as not transparent enough. One of the critics is the Slovensko.digital platform. It has also highlighted this commission and is now extensively discussing why NASES has not announced a public procurement and assigned the order directly.