PunchKeyboard is a virtual keyboard on which users can write thanks to virtual reality drivers without leaving the simulated environment. 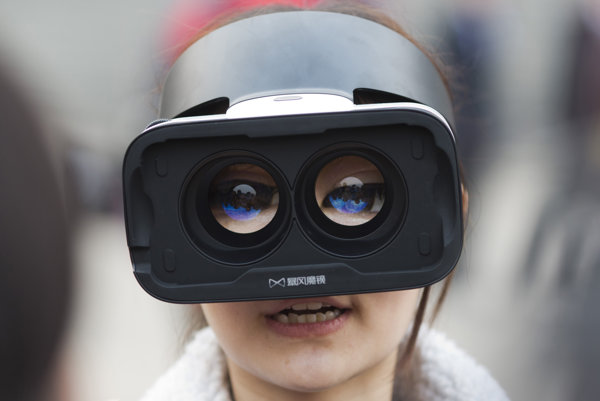 Virtual reality still lacks a reliable method for typing text directly in the virtual environment. The recent invention of Slovak designer Jonathan Ravasz, who currently works at the technological incubator Kitchen in Budapest, may however change this.

PunchKeyboard is a virtual keyboard on which users can write thanks to virtual reality drivers without leaving the simulated environment. It should serve as a temporary tool that implements methods from 2D into 3D, the Sme daily reported.

“The passwords and emails are currently always entered outside the virtual reality which disrupts the experience offered by this technology,” Ravasz told Sme. “There is also a possibility to enter the text by voice, but people lose their intimacy. Moreover, in some cases people don’t want to enter their personal data aloud.”

The PunchKeyboard tool resembles the typewriter that can automatically complete words and predict following words in the sentence. The database uses its vocabulary from the social network Reddit. The users, however, can create their own vocabulary.

The PunchKeyboard code can be found at the GitHub website as open source, and people can adapt it to specific purposes.

“I wanted it to become standard solution,” Ravasz said, as quoted by Sme. “I’m currently working on a prototype which could work in the virtual reality also with chatbots.”

The Slovak developer is also working on connecting the keyboard with artificial intelligence Watson by IBM, in order to enable the change of text to speech, Sme reported.