Authorities are starting to care more about the IT projects they commission but much still needs to be done in this field. 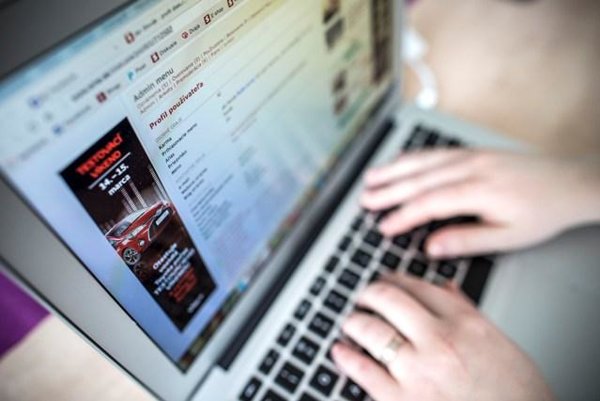 Critics of state IT projects can notch up another success. The Transport Ministry has halted the criticised competition for the so-called Atlas of Passive Infrastructure worth €48 million, which was supposed to collect and show data on the location of the telecommunication, roads and energy infrastructure.

One of the reasons for this is the possibility that the state would not be able to use EU money.

“We welcome the decision as the project has not been sufficiently prepared and explained,” Ján Hargaš of the non-governmental initiative Slovensko.Digital, which was critical of the competition, told The Slovak Spectator.

The organisation slammed the ministry for not publishing the materials concerning the competition, including the results of the internal audit.

The competition for the Atlas of Passive Infrastructure project was launched in 2015 by then-transport minister Ján Počiatek. It was intended to map and show data on the infrastructure necessary for spreading high-speed internet.

The system, however, was planned in a way that would allow it to collect more technically and financially demanding information on gas and electricity networks and roads.

“The competition for the Atlas of Passive Infrastructure was prepared in a way that would not allow it to be financed from EU funds and we also found technical flaws,” Transport Minister Árpád Érsek (Most-Híd) said, as quoted in a press release. “Thus we decided to not sign the agreement.”

The decision followed the earlier recommendation of Deputy PM for Investments and Informatisation Peter Pellegrini (Smer) to halt the competition, the TASR newswire reported.

Hargaš however pointed to the fact that Érsek’s predecessor, Sieť-nominated minister Roman Brecely, already promised to scrap the competition nearly a year ago.

The ministry decided to stop the project after thorough evaluation and analysis, its spokesperson Karolína Ducká told The Slovak Spectator.

At the moment, the ministry does not know what the new competition will look like. Hargaš, however, says that it should be preceded by a broader discussion with experts.

“We need to get the relevant stakeholders (operators, IT companies, civil public) involved with it,” Hargaš added, explaining that following such talks it will be easier to set the conditions for the competition so that it would attract more bidders.

More attention on IT projects

The Atlas of Passive Infrastructure was one of more than 100 state IT projects Slovensko.Digital has been monitoring. The initiative has warned the authorities about their nine biggest and most disadvantageous projects, pointing to the flaws they have found.

As well as the atlas, another three, together worth more than €250 million including VAT, have been stopped.

“The authorities are beginning to realise that purchases worth millions of euros without enough supportive arguments are becoming unacceptable,” Pavol Lacko of the ethics watchdog Fair-Play Alliance told The Slovak Spectator.

The state cannot launch big projects without backing their usefulness and advantageousness with numbers, comparisons and facts.

“Politicians and office workers don’t pay for the purchases from their own pocket, but from the common coffers,” Lacko said, adding that this is the reason why they need to explain to the public why they decided on a certain solution.

Hargaš adds that their goal is not to have projects scrapped but rather to encourage “the responsible approach to state IT so that people will see the real benefits for sensible prices and companies can actually compete with one another”.

“We are glad that the state accepts our proposals and even more glad when they are put into practice,” Hargaš said, adding however that there is still much to be done.

One of the most controversial projects that is still ongoing is Edunet, whose aim is to improve the internet connection of schools. The competition, launched in November 2015 and worth €67 million excluding VAT, was entered into by only four companies, although the number of relevant internet providers in the market amounts to more than three hundred.

The ministry subsequently sent the respective documents to the Public Procurement Office (ÚVO) for checking. It is now waiting for the results which will confirm the winner, with whom the ministry will sign a frame agreement.

The ÚVO has not completed its scrutiny yet, spokesperson for the Education Ministry Ivana Skokanová told The Slovak Spectator.

The competition has been criticised not only by Slovensko.Digital and the Fair-Play Alliance but also by some operators. The organisations have sent several requests to provide them with information and calls to organise an expert discussion. They also submitted examples of how similar competitions are carried out abroad.

“In our opinion the Edunet project should have been cancelled more than a year ago but since the ministry refuses to discuss it, it only prolongs the agony,” Hargaš said.

Public institutions should be able to defend their decisions and if they are unable to do so, they should think about change and reassess their actions. This however is not the case with the Edunet project, in Lacko's opinion.

“We still don’t know the hard facts that would explain the reason why the ministry decided on the central purchase and it obviously cannot even provide them,” Lacko said.

Hargaš meanwhile pointed to the fact that since the old project Infovek 2 is still in operation, the state pays some €400,000 a month to its supplier.

“The approach of the ministry in the current situation is beyond comprehension,” said Hargaš.