The average scores of people completing IT-related tasks are dropping. But the reasons may differ. 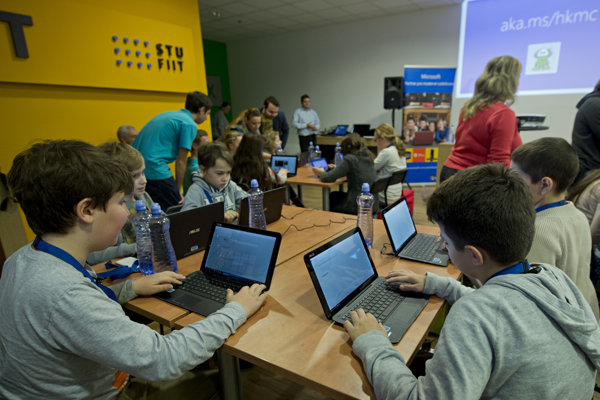 When it comes to critical evaluation or even verification of information on the internet, primary and secondary school pupils still struggle. This is one of the main findings of the IT Fitness Test carried out in 2017.

“Apart from the Internet category, the pupils scored poorly in all tested categories,” Mário Lelovský of ITAS told The Slovak Spectator.

The IT Fitness Test was first introduced in 2009 to find out whether the graduates of secondary schools and universities have the IT skills required by employers. The organisers later expanded it, encouraging primary and secondary schools to attend so they could learn more about the skills of their pupils and the areas they should focus on in the curricula.

The 2017 edition was completed by 14,541 people older than 15 and 10,097 pupils aged 7-16. The average success rate of the former was 42.59 percent, while the latter scored 36.72 percent. The participants scored the worst in Office Tools and Security categories.

Though ITAS says it is hard to compare the results from previous years due to differing composition of participants, it admits that the average scores in both groups are worsening.

“We think that one of the reasons for the lower success rate is higher participation,” ITAS wrote in the study.

Unlike in previous years, the primary school pupils scored the worst in the Office Tools category. The success rate accounted for only 21.79 percent, which is a drop by nearly 20 percentage points, according to Lelovský.

A reason for this might be the increase in its difficultness, according to the report.

As for the Security category, the pupils have problems with critical evaluation, text analysis and verifying the trustworthiness of information.

“The success rate was the lowest in tasks where they were asked to evaluate the trustworthiness of the report, and decide on given statements on secure passwords or malicious software,” Lelovský said, adding that they scored better in privacy settings of their mobile apps.

Pupils also scored poorly in a new category, Online Marketing. It is possible that the results will not increase in the future as the schools probably do not deal with this topic, ITAS opines.

To improve the IT skills of the pupils, teachers should deal with comprehensive tasks and projects in which pupils need to use knowledge from various areas in a broader context. They should learn to analyse, verify and create, and search for mistakes as well.

“It is also necessary for pupils to deal with less traditional and problematic assignments,” ITAs wrote in the report.

Apart from solving the problems, they should also analyse the solutions and try to learn more about its principles, identify the system’s behaviour and its rules.

“More attention should be devoted to the development of critical thinking, the assessment of information and its quality, trustworthiness and veracity,” ITAS said.