Vietnamese bistros in Slovakia. What are they all about? 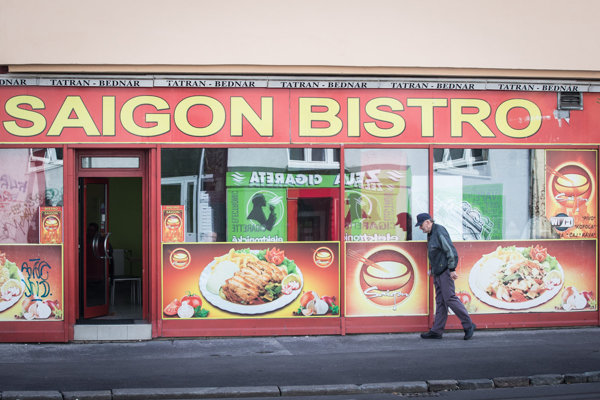 “For me as a child, the strongest moments were when we travelled to Vietnam,” said Nam Van Nguyen who – together with his girlfriend – founded a Vietnamese restaurant in Martin. “There, I woke up to tremendous heat, and ran out of the house where my aunt was selling breakfast. People stopped there on their way to work, bought soup from her. Her broth, herbs – mint, coriander, lemon – could be smelt all over the place.”

He missed true Vietnamese meals, which were nowhere to be found in Slovakia, unless his father cooked. He decided to open a restaurant while still at college, as he did not see much potential in studying there.

They named the restaurant NhaBe, after the borough his father comes from, and where part of his family still lives.

Vietnamese, Asian, Chinese... what is really the origin?

In NhaBe, one of the new Vietnamese restaurants on the rise, meals are cooked according to traditional Vietnamese recipes.

With their menu, they want to become different than dozens of other places with indefinite, nondescript meal selections which people in Slovakia were used to in the past: before you even enter, you can smell strong odours from the kitchen. Above the counter, there is usually a huge signboard with names and photos of the meals on offer. Besides various combinations of noodles, you can also find Kung-pao and many fried dishes there. It is not unusual, though, to find gyros or roasted chicken on the menu; i.e. meals that have nothing to do with Vietnam.