P3 will build its first logistics park in eastern Slovakia

1,500 workers are expected to find jobs in the new park. 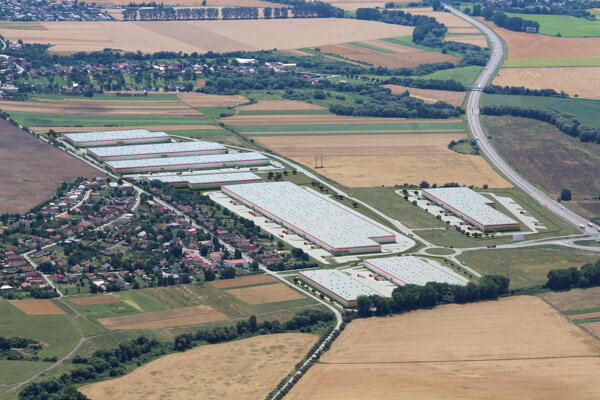 A visualition of the new industrial and logistics park in Nová Polhora, near Košice (Source: P3 Logistic Parks)
Font size:A-|A+33

A new industrial and logistics opportunity has landed in eastern Slovakia, which is designed to bring 1,500 jobs to people living in the Košice and Prešov Regions.

The international developer, P3 Logistics Parks, decided to extend its activities and build a modern industrial and logistics park in Nová Polhora, near Košice. 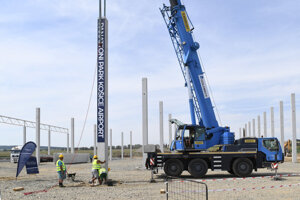 “It is a region that has high potential for growth and economic development,” P3 Logistic Parks Slovakia head Peter Jánoši said, as quoted in the press release, “not only for its extending road infrastructure but also due to the presence of industries, services, trade, and an available labour force of high quality.”

Nová Polhora mayor, Anton Šimčák, has welcomed the investment, hoping it will attract more people to settle in the village.

“We are a small village but with great development plans,” he said, as quoted in the press release. “We are aware of our strategic location, spreading on the border of two regions.”

The park will be constructed in several stages. Investors in the area of car industry, retailing, e-commerce, logistics and distribution will find a place for their business here, Jánoši added.

Nová Polhora as an important node

The village where this new industrial park will be located possesses a great logistics location. It lies by the highway between Košice and Prešov, the two largest cities in eastern Slovakia.

“Given the park's location and size, the P3 park has the ambition of becoming not only a regional but also an international logistics node interconnecting the south and the north of eastern Slovakia, neighbouring countries,” Jánoši said, the press release reads.

Over the past 15 years, P3 has built three other parks - in Lozorno, Ivanka pri Dunaji, and Strečno. However, the fourth one is the developer's first in the east of the country.

C.S. Cargo is the first to move in

The first phase is beginning these days, and two buildings of the industrial and logistics park are projected to be completed in 2020.

The first tenant has also been announced. C.S. Cargo, an international logistics firm, will occupy one of the halls.

“The region of eastern Slovakia is not strange to us as we have been here for 12 years now,” Igor Káčer, C.S. Cargo Slovakia general manager, said in the press release. He added their ambition to expand in eastern Slovakia in 2020 is a much-discussed topic in the company.