Divers clean up mountain lakes in Slovakia every year. 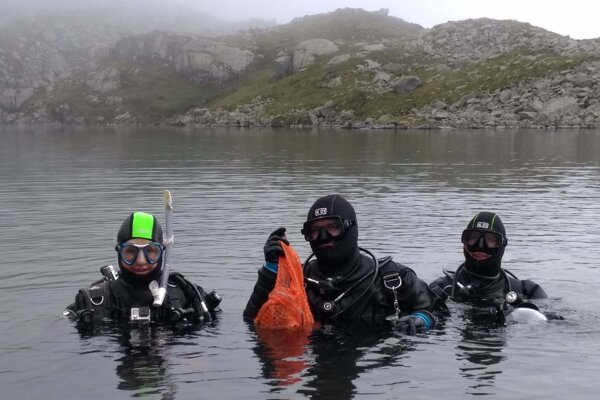 Divers in one of the Slovak mountain lakes during this year's clean-up. (Source: Facebook/Štátne lesy TANAPu)
Font size:A-|A+  Comments disabled

In the past several months, divers have been cleaning up the waste that has settled to the bottom of mountain lakes in the Tatras National Park.

They managed to haul out 36.5 kilograms of waste in the summer and another 23.5 kilograms have been added to this amount in recent days.

“Although even after years of regular clean-ups we are still finding some waste in the lakes, we are very pleased with the fact that it is chiefly from the past,” said Pavol Kráľ of the State Forests of the Tatras National Park organisation.

Divers cleaned up 15 mountain lakes, discovering extraordinary items in some of them.

One of their finds includes a puck from when HK Poprad ice hockey player Arne Kroták decided to retire. Over the years he spent playing for the club, Kroták became a record holder multiple times in goals scored, assists and games played.

Divers came across the puck at the bottom of the Nové Štrbské pleso mountain lake, which is one of four lakes cleaned up recently, but it was the Štrbské pleso lake where they gathered the largest amount of waste, 13 kilograms, several days ago. Back in the summer, most of the waste collected, 10 kilograms, was from the Ľadové pleso mountain lake.

In addition to champagne bottles and single-use packaging, divers also fished out an undamaged socket spanner and a fire hook from the Austria-Hungary times, which was used to pull ice out of a mountain lake.

Over the past 30 years, divers have found several peculiarities in the Slovak mountain lakes, including an unexploded grenade and fragments from an exploded bomb. 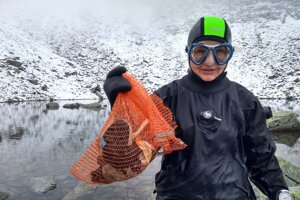 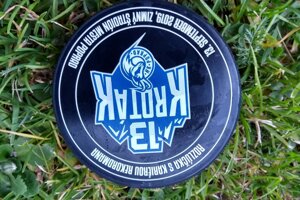 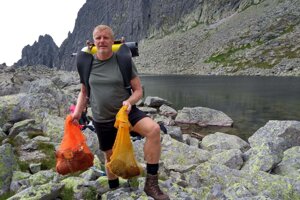 They also discovered a tomahawk used during the shooting of Chingachgook, the Great Serpent, a 1967 East German Western film, which was shot near Štrbské pleso. In fact, this lake has been rich in interesting finds. Candlesticks, ice hockey goals, tram seats, saws used for cutting ice, which used to be transported to restaurants in Budapest in the bygone days, were all found in it.

To date, divers have taken more than seven tons of waste out of Slovakia's mountain lakes.