"I think it was the bravest cat in the world" 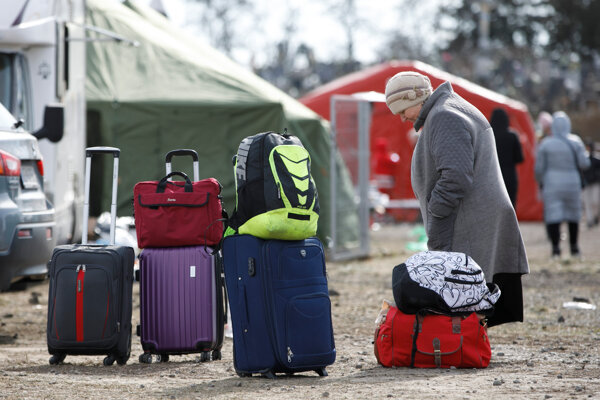 At breakfast Thursday at my Košice pension are a Ukrainian mother, grandmother, and two little boys of about five and three. The older one leaps around, fighting heroically against an imaginary foe, punching the air fiercely to show that though he’d arrogantly started the fight, he would not prevail. The younger one giggles, avoiding the mayhem. The women are able to relax.

Many here are giving. Saint Coffee, across from the 14th-century St Elisabeth’s Cathedral, announces that 50 percent of its take will go to refugees. Its young clientele still chats and laughs, gently interjecting that eastern Slovak “hey-hey-hey”, but worry shows on their faces.

Late Thursday afternoon at Košice’s train station, aid workers from the regional government and the Greek Catholic church outnumber the refugees at a welcome table piled with snacks and toys. My wife, an elementary school teacher, told me to bring things kids could draw with. I chose a fat cylinder of sidewalk chalk. Maybe I’d teach them how to write all over Košice, “Russian warship, go f___ yourself.”

“We’re their first contact after the border,” regional government worker Katarína Kozák says, adding that refugees had been arriving in waves, maybe 500 so far through the train station: now was a lull. Suddenly a woman interrupts.