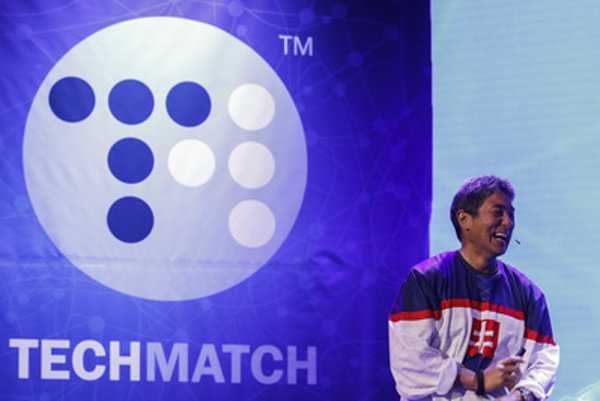 STARTUPS are meant to bring new solutions to existing challenges after innovators look at them from a new angle. But the head of the partially state-run Slovak Business Agency (SBA) may lose his job amid accusations that he conducts business in the same old way.

The five-day TechMatch Slovakia event did not close before this issue of The Slovak Spectator went to print on October 15, but many are up-in-arms about its costs. The conference will cost an estimated €1.4 million, nearly the entire amount the state has allocated, €1.5 million, to support startups for the full year.

“Slovakia needs such a conference in order for it to move forward in support for innovations and startups,” said Economy Minister Vazil Hudák on October 14, as quoted by the TASR newswire. “Via this conference we have gotten people from Silicon Valley to Slovakia, people who globally act in this innovative environment. The second question is how it was organised and from what money; what are the costs.”

SBA chief Branislav Šafárik has defended the spending and contends that the final costs will total only about €1.1 million and he promised to publish the final accounting after the conference ends.

Both professionals and opposition politicians consider the costs too high. Some of the star speakers received €30,000 each in royalties, transport costs, food and accommodation, while the main speaker, Guy Kawasaki, will receive €60,000, the Sme daily wrote. An additional €12,000 allocated for wi-fi, €15,000 for a mobile application specific for this event and €16,560 for security have also drawn criticism.

Hudák, whose Economy Ministry is one of the groups behind the SBA, curbed Šafárik’s powers to close contracts related to finances or property on October 14 and there is speculation the SBA head will be fired when the conference wraps up.

Involvement of US company

The background of the conference is murky and is raising questions. The SBA held a tender in the summer to find an event organiser. The Adom.M architecture studio won as the only firm that submitted a final bid. Meanwhile an American company, US Market Access Center (US MAC), started promoting the conference as its own in April even though the tender was announced only in June.

Moreover, neither a reference to the fact that the event is paid for from Slovakia’s state budget nor the SBA logo appeared on its promotional website. US MAC referred to SBA on social networks for the first time on October 14, the third day of the conference, the Sme daily wrote.

SBA has not explained its relationship with US MAC. Dominika Bizíková, SBA spokeswoman, told Sme that the questions will be answered after the conference.

The semi-state organisation has been cooperating with US MAC for a longer period of time. In the spring SBA organised lectures under the title Startup Sharks Roadshow 2015 at which managers from US MAC delivered speeches. But the legal relation between SBA and US MAC is not known. The Central Register of Contracts does not contain any contract in which US MAC is involved. The course of the public procurement of the conference does not answer the question of how US MAC got involved either, Sme wrote.

US MAC also selected 60 startups for the conference, but just 10 were from Slovakia.

The conference and its organisers have already drawn criticism from the Slovak startup community, with some even calling for a boycott.

According to the Slovak Alliance for the Internet Economy (SAPIE), SBA provided them concrete information about the conference just two weeks before it began.

“Already at that moment doubts arose about the justification of the enormously high budget,” said Petra Dzurovčinová from SAPIE as cited by the Pravda daily. SAPIE did not participate in preparations.

“After following communication with SBA we agreed with participation of some SAPIE members at informal meetings with foreign guests from Silicon Valley because there has arisen a real concern that the good reputation of the Slovak innovative ecosystem abroad would be endangered,” said Dzurovčinová, adding that they also asked for a financial audit of the conference.

Opinions of participants in the conference were mixed.

“When the milk is already spilled over, it might be a pity if at least young Slovaks, for whom it [the conference] can have some benefits, did not attend,” said investor Jozef Šovčík as cited by the Denník N daily. “I do not know why organisers did not focus especially on Slovak companies that would need help.”

US MAC explained the selection with the argument that they invited to Bratislava companies offering products with a chance to succeed on the market, while Chriss Burry from US MAC added that they brought business people from 15 countries who otherwise would not have come to Bratislava.

“Thanks to the conference they will spend five days and maybe they will find here also business partners,” Burry said as cited by Denník N.

Some are hopeful that the controversy may actually be a blessing in disguise as the wider community becomes alerted to startup culture.

“Look, in late September a conference was held entitled Startup or Shutdown Slovensko even opened by President Andrej Kiska,” said Jozef Vodička, a 29-year businessman, who attended the conference to network and look for potential investors, as cited by Denník N. “There was maybe not even a single journalist.”