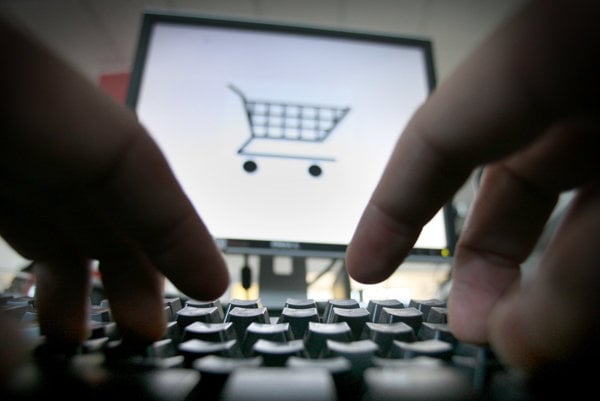 E-commerce is growing in Slovakia by 15 to 20 percent annually. (Source: SME)
Font size:A-|A+

Slovaks like to shop online and the prospects for further growth in e-shops, given that the European Union is pushing for a digital single market, look good. Shops, as well as, companies respond to this trend by developing their own e-shops and web developers and IT experts look ready to respond to the demand.

“This applies to all varieties of stores from large brick-and-mortar businesses to small e-shops standing on one man,” Peter Jakuš, manager of the e-shop system BUXUS and founder of the competition Eshop Accelerator, told The Slovak Spectator.

The tendency to outsource is based on keeping a responsibility for technical service of e-shops in the hands of specialists and growing trust in cloud, according to Peter Felix, managing director at e-shop provider Krea.

“Firms realise that servers of the e-shop provider are secured much like their own servers,” Felix told The Slovak Spectator.

Prominent brands that formerly ignored e-commerce now take it as a mandatory feature, according to Jakuš.

“Today companies are willing to invest into online services and thus turn to specialists,” he added.

However, launching an e-shop requires investment in building a website, a product catalog, a logistic process and basic marketing, according to Michal Meško, CEO and co-founder of online bookstore Martinus.sk.

Providers can help clients with their skills and educate them to combine know-how from both disciplines.

“The situation applies doubly in e-commerce thanks to its quick development,” Václav Vlček, director of e-shop provider IT Studio, said that told The Slovak Spectator.

The main growth potential of online sales is in what are now brick-and-mortar customers. The Slovak e-commerce market has grown about 15 to 20 percent annually in recent years, according to Jozef Dvorský, executive director of the Slovak Association of Electronic Commerce (SAEC). There are currently about 8,500 e-shops with an annual turnover of around €850 million.

“Online shopping in Slovakia is strongly curbed, as is any other type of shopping, by the generally low long-term purchasing power of the population and thus the main growth prospect is based especially on drawing customers away from brick-and-mortar shops,” Dvorský told The Slovak Spectator.

Based on SAEC surveys, 90 percent of respondents agree that e-shops offer better prices than traditional shops, while a relatively large portion of respondents also see the e-shop selection better and as much as 80 percent consider shopping via the internet more comfortable. Moreover, more than 70 percent noted that they like shopping online.

The statistics of the Slovak Trade and Tourism Association (ZOCR) slightly differ and they put the turnover at between €700-750 million which accounts for more than 5 percent.

“These figures show that Slovakia is developed in e-commerce, even though it does not reach the level of the most developed countries in this respect, the USA or Great Britain,” Ľubica Schulczová, general secretary of ZOCR told The Slovak Spectator.

“E-commerce has became a part of modern trade and is growing well in categories which have not yet been significant,” said Schulczová.

Slovak consumers spend up to €100 per month in online shops, with most spending less than €50, based on a survey by Pricemania.

Consumers are still quite price sensitive and when they choose a product price is one of the main criteria, Petra Dzurovčinová, director of the Slovak Alliance for Internet Economy (SAPIE), told The Slovak Spectator.

Dvorský stressed that Slovaks are more demanding and less patient than consumers from western Europe.

“While in Germany consumers send an order and calmly wait for delivery, Slovaks used to call the seller for information about state of the order and expedition immediately the next day,” Dvorský said.

Slovaks shop online mostly for clothes, shoes, books and cosmetics, and, on the other hand, shoppers do not like to buy real estate, artwork, food and beverages via e-shops, according to survey carried out by SAEC.

Though traditional commerce is gradually fading away in many spheres, notable sellers of books and electronics reinforce their position in the brick-and-mortar world, according to Meško.

“Sellers focus on a multi-channel approach for customers,” Meško said, “and establish brick-and-mortar stores for picking up orders and shopping directly on the spot.”

Schulczová said that so-called m-commerce, shopping via mobile device, is beginning to dominate in China and the United States.

“Slovak e-shops and consumers are not ready for that form of shopping,” Schulczová said.

On foreign markets networks of showrooms pop up and e-shops use artificial intelligence to determine correct clothing sizes and allow customers to try and return goods before buying, Jakuš said.

A desire to focus on the core business is behind all forms of outsourcing, but the external administration of e-shops comes with benefits such as access to amounts of useful know-how and effortless exchange of high-grade programmers.

Jakuš said that client can customise an e-shop for its processes, integrate it with warehouse and accounting and optimise for more customers.

But e-commerce outsourcing has also drawbacks, an e-shop provider is not as easily replaceable as supplier of office paper, Jakuš said.

“It is like a marriage,” Jakuš said. “If you select wrong partner you will quickly go gray and your divorce can be costly and painful.”

Jakuš advises to finding an entrenched provider with long-term clients which allow client to switch to another provider without barriers or develop an e-shop on its own.

Will the importance of e-commerce grow?

Meško said that e-commerce has potential to grow even faster and outstrip the growth rate of traditional retail.

“Slovak companies may have a great opportunity in the European digital single market,” Meško said.

Dvorský said that successful companies are trying to expand into foreign countries, mainly into the Czech Republic and Poland.

Felix said that e-shop providers will search for new forms to make their work more efficient.

“Instead of single-purpose solutions the demand for all-in-one systems allows providers to combine all activities into one arrangement,” Felix said.

Regarding future sales, food and beverages, cosmetics as well as the health and hobby segment will grow fastest due to relative saturation of market in technical categories, Schulzová said.

“Some members of ZOCR are preparing a pilot project for online food trade which can serve later as a basis for application on a wider scale,” Schulczová said.