MPs and information from secret services were for sale. Recording shows Kočner’s world 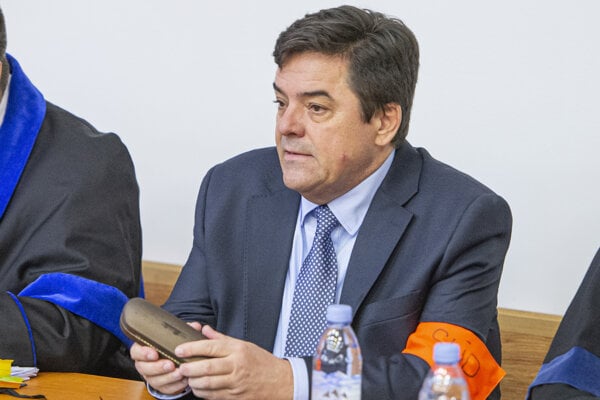 Trafficking of Gorilla recordings, a mechanism of kickbacks that Marian Kočner and Dobroslav Trnka used to receive from the Penta financial group, buying MPs during the election of the general prosecutor.

Kočner and Trnka discussed all this on the recording from 2014 that the police secured in November 2018 during the house search at Kočner’s. The 70-minute-long recording was published by the Dennik N daily on Monday (the whole recording is available here in Slovak).

Kočner recorded a discussion with Trnka, and it is possible that he made some claims during their conversation on purpose.

On the recording, Kočner is heard calling Trnka names and reproaching him for trying to blackmail Penta head Jaroslav Haščák with his copy of the Gorilla recording. The Gorilla file describes how Penta corrupted state representatives during the privatisation of state property under the second government of Mikuláš Dzurinda.

“Why did you go and blackmail Haščák? What did you expect, what did you want from that? F..k, you know he is my friend. You know, for f..k’s sake, it is a person that, among other things, helped f…king buy MPs when you were to become general prosecutor,” Kočner says on the recording.

Gorilla was copied and sold

Read more articles by the topic
This article is also related to other trending topics: Dobroslav Trnka, Jaroslav Haščák