Who are the largest employment firms in Slovakia? 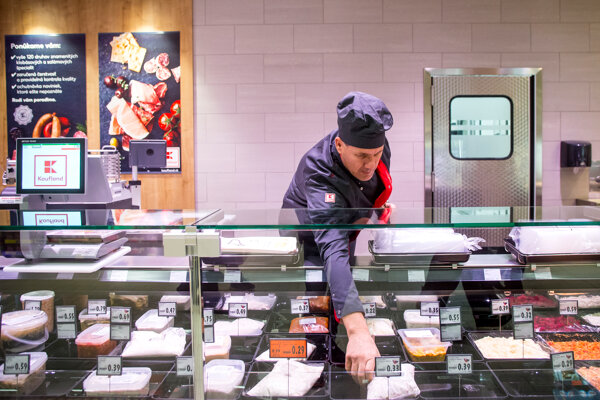 In the temporary employment segment, most companies reached better numbers in 2021 than the year before. (Source: Sme Archive)
Font size:A-|A+  Comments disabled

Job interviews were transferred to the online space under the strictest measures and companies now substantially support work from home. In general, recruiters need to directly address suitable candidates much more than before, and use headhunting elements. Companies apply targeted ads with feedback for a candidate also being faster.

The market was not driven by the results of one company. Almost all the companies in the top 10 have performed well.

The largest personnel agency in the Largest in Business rankings is the ManpowerGroup Slovakia company. The agency has found jobs for the largest number of candidates.

According to its people and culture manager Silvia Kovácsová, the demand for employees has increased in the e-commerce segment, IT industry, production, logistics, and storage. The ManpowerGroup mainly fills long-term blue collar positions.

Kovácsová also cited the exodus of people from the hospitality segment. Some decided not to return to their original jobs even after pandemic measures were lifted.

Hybrid work has become a regular practice for companies, and there are now many more jobs that can be performed remotely. This mainly concerns areas like IT, trade, marketing, as well as a wide spectrum of administrative and support activities.

One trait has become typical in the behaviour of candidates.

“Many employees realise the importance of work-life balance and prefer working from home even with the lifted measures,” said Ivana Heretik Vačoková, general director of the Adecco company, which grabbed second place among personnel agencies. She cited the rapid increase of job offers in 2021, and noted that the labour market returned to being a candidate market rather than an employer market.

Adecco filled 459 office positions on the market, similarly to the Lugera & Maklér agency. They share the first place in this indicator.

In the temporary employment segment, most companies reached better numbers in 2021 than the year before. Altogether, the ten largest agencies provided work for 23,984 people.

“In 2021, uncertainty continued prevailing on the labour market. The revival lasted a very short time, with frequent changes and several waves of optimism followed by new restrictions,” said Darina Mokráňová, executive director of the Index Nosluš company, which placed first among temporary employment agencies. With more than 4,000 active employees, every change presented a challenge for the agency. Temporary employment offers employers flexibility, since they need people even during uncertain times but do not want to give them a permanent employment contract.

“We noticed an increase in requirements for temporary placement, which we link to the instability in supplier chains or frequent change of measures, when even large employers need a strong partner to help solve their personnel issue more than during peaceful times,” Mokráňová said.

Roman Kučera of Maxin’s Group agrees. His company reported the most significant increase in revenues and in the number of agency employees. The pandemic led to a lack of human potential in trade partners, and they were able to replace it with agency employees. Another factor regarded the gaps in part and component supplies. As soon as supplies stabilised, production needed to be increased to catch up with the original plan for the year.

This year, the labour market will be affected by the war in Ukraine.

“Projects that will require more specialists and experts are moving to our territory,” said Kučera.They are planning to search people for the roles abroad, since this expert capacity is lacking in Slovakia. The reaction of the public will be important as well. In times of instability, potential employees tend to act more cautiously, also the case during the pandemic years. “Candidates thought twice before a potential career change, remained with their current employer more often and bet on security,” Radek Zabloudil of the Manuvia company said.

As regards the future, Slovak personnel agencies can apply their experience with various cultures in expanding to foreign markets.

“We can fill qualified and unqualified labour positions with people from Slovakia as well as other countries, since we are perfectly familiar with the specifics of candidates from different countries and regions,” said Štefan Veľký, operations manager of the Europersonal & Fabrika company.