Heger: Putin will be held responsible for all the victims of this war

In the aftermath of the Russian attack on Ukraine, Slovakia will ask NATO allies for consultation under Article 4. 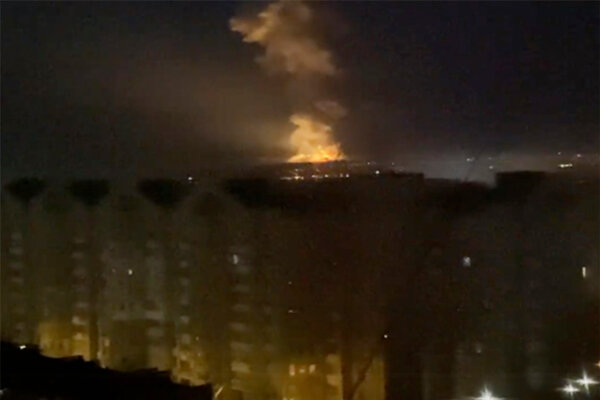 "The Russian imperialism has been restored in front of our eyes in its aggressive, militant form," he wrote on Facebook.

Heger added that the Slovak government condemns the actions of Russian President Vladimir Putin and his administration.

"All victims of this war will be his victims and he will be responsible for them in the eyes of the global public," he added, stressing that the establishment of peace is an absolute priority.

Foreign Affairs Minister Ivan Korčok (SaS nominee) condemned the attack and said it was a gross violation of both the international law and the principles of the UN Charter.

"It represents a direct threat to European security," he wrote on Twitter.

Korčok will attend the NATO meeting today. He said Slovakia will ask the allies for consultation under Article 4, as "the situation demands it."

Article 4 of the North Atlantic Treaty states that allies "will consult together whenever, in the opinion of any of them, the territorial integrity, political independence or security of any of the Parties is threatened."

President Zuzana Čaputová condemns the unlawful aggression of Russia towards Ukraine and expressed full support and solidarity with the people in Ukraine and the leaders of the country.

“The hope of those who thought Russia would be satisfied with the military occupation of parts of the Donetsk and Luhansk regions proved to be an illusion,” the president wrote on Facebook.

Defence Minister Jaroslav Naď (OĽaNO) says all Slovak security forces and constitutional bodies are in touch, adding they will report on any further development and measures during the day.

“I consider this step unacceptable, unforgivable and unprecedented,” he wrote in a statement. “It’s a gross violation of international law and violation of our neighbour’s territorial integrity.”

Even the opposition party Hlas condemned the Russian attack, calling it an unprecedented act that is at odds with the fundamental principles of international law and the UN Charter.

“We express solidarity with Ukraine, which tried to calm down the situation until the very last minute,” the party said.

Martin Klus, state secretary of the Foreign Affairs Ministry, warned of the threat of spreading hoaxes and disinformation. He says that this day has served as a lesson for “all irresponsible politicians who have been defending the Russian aggression.”

He calls on people to stay up to date on the situation in Ukraine and to follow relevant news sources.

The Security Council of the government has been in session since 8:00 this morning. Meanwhile, the Slovak Foreign Affairs Ministry has summoned the Russian ambassador to Slovakia.

The state-run passenger carrier ZSSK has suspended all trains towards Ukraine, until further notice.