War in Ukraine prompts Slovakia to act against disinformation

Public opinion towards Russia seems to be shifting. 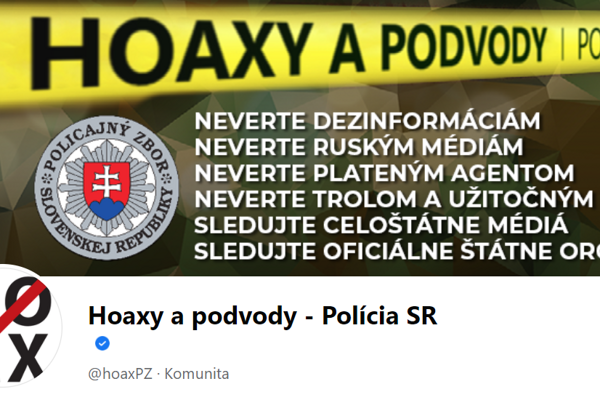 Eight years have now passed since history teacher Juraj Smatana published his list of dozens of mostly copycat Slovak and Czech websites that suddenly popped up and started spreading pro-Kremlin propaganda amid the 2013-14 Euromaidan protests in Ukraine.

“The narratives are the same: the corrupt, lame-duck West and fascist Ukraine again want to attack the strong and resource-rich Russia, run by the great leader [Vladimir] Putin; Slovakia is seriously threatened by the decaying West and its homosexuality, immigrants and terrorists, which may be prevented only by leaving Western structures; it is important to abolish sanctions against Russia,” Smatana who is now an MP for OĽaNO, the largest party in the governing coalition, told The Slovak Spectator back then. “As these claims are in stark contrast to reality, the supporters of these opinions have drawn closer, sharpening the borders between them and other people.”

Despite warnings from activists and from the Slovak Information Service (SIS), the country's main intelligence service, Slovak governments – led at that time by the Smer party – did little or nothing to deal with these disinformation websites.

The situation changed with outbreak of the pandemic in 2020, when the current government launched several projects to debunk Covid-related disinformation and the police started knocking on the doors of the people who were most active in spreading them.

Now with the Russian invasion of Ukraine giving rise to yet more disinformation, the Slovak government is going even further. Last Friday, the cabinet and the parliament hastily passed an amendment to the Cyber Security Act allowing the National Security Authority (NBÚ) to shut down sources of “malicious content”. This means software or data that causes cyber security incidents, fraud, theft of data, serious misinformation and other forms of hybrid threats.

“This is a democratic country, there are some laws here, and if someone breaks them, they have to pay for it,” Defence Minister Jaroslav Naď told the Sme daily. “No matter that they label themselves 'journalists': we know that they are serving the interests of foreign powers.”

A case in point, illustrating the influence of Russian propaganda in Slovakia, is a recent incident involving the public-service television broadcaster, RTVS. Right after Russian forces moved into Donetsk on February 22, RTVS aired comments by former prime minister (1991-92) and justice minister (1998-2002) Ján Čarnogurský, who is well-known for supporting Vladimir Putin’s regime and spreading Ukraine-related disinformation.